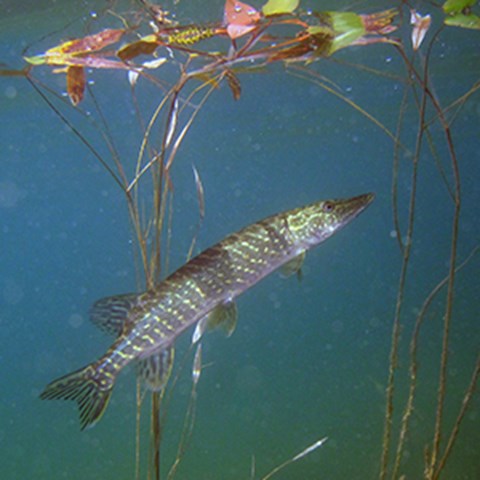 Mercury is one of the top 10 chemical concerns for public health according to the World Health Organization (WHO). In more than half of Swedish lakes the mercury levels are so high that eating the fish is a threat to the health of people and wildlife. To make matters worse, the problem seems to have no solution in sight. But new research gives hope: the mercury problem could very well be blowing away in the wind.

"Our research shows that Swedish freshwater fish might be on their way to becoming safe to eat in decades with current mercury pollution control measures, rather than in centuries as was previously believed", says Kevin Bishop, Swedish University of Agricultural Sciences (SLU), one of the researchers in the Swedish-Chinese-Swiss team behind the study.

After almost ten years of developing a sensitive technique to measure the movements of mercury gas between the atmosphere and landscape, the research group has published the first annual mass balance of mercury inputs and outputs for a peatland. While it is a major technical accomplishment just to have measured whether mercury gas is going into or out of the peatland 10 times a second for a year, the result of the mass balance is what is really remarkable.

"The first full year of measurements on a peatland showed that it is losing twice as much mercury gas back to the atmosphere as is being deposited on the peatland by the rain. This is a stunning finding because it means that recent reductions in atmospheric mercury concentrations (up to a 50 percent decrease in the last 20 years) have reversed the direction of mercury flows between the atmosphere and the peatland.", says Mats Nilsson, SLU.

In an article published in the highly regarded journal Scientific Reports, the research team estimates that given the rate at which the peatland is now losing mercury back to the atmosphere, it will take just a few decades for all of the mercury pollution accumulated in the peatland to have disappeared, with most of it going back to the atmosphere. This is very good news since peatlands hold so much accumulated mercury pollution that is readily available to the fish in downstream lakes.

The fact that it looked like there was nothing that could be done to improve the mercury pollution situation has made it easier to focus on new contaminants which might be out there, rather than the established health threat from mercury in freshwater fish that appeared impossible to solve.

"A seemingly eternal problem suddenly seems like it is on its way to being solved much, much faster than we could have hoped, so long as the successes in reducing mercury pollution are not reversed", says Kevin Bishop.

If the findings prove valid for many peatlands, this will strengthen the importance of United Nations led efforts to reduce global mercury pollution for Sweden and countries that have similar problems with mercury in freshwater fish, including Finland, Canada and the United States.

Illustration of mercury fluxes at the studied peatland in the county of Västerbotten in Northern Sweden (grams per square kilometer and year). Illustration: Michael Kvick, SLU

Photographs from the peatland Degerö stormyr. Mercury gas measurements were made close to the round green building (but not with the instruments in the picture). Photo: Jenny Svennås-Gillner, SLU