Organic micropollutants in wastewater – how efficient are wastewater treatment plants? 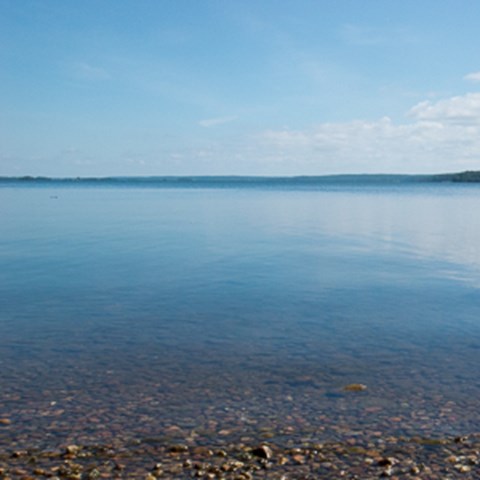 A new study from SLU shows that so-called organic micropollutants are incompletely removed by wastewater treatment plants and therefore released to lakes and streams.

Organic micropollutants, for example pharmaceuticals, personal care products and perfluoroalkyl substances (PFASs) are released into lakes and streams through wastewater. The pollutants can be harmful for aquatic organisms and potentially pose a threat to our health, since water from lakes and streams is used for production of drinking water.

Researchers from SLU have studied the occurrence of organic micropollutants and the efficiency of wastewater treatment plants in Sweden. The researchers analysed untreated and treated wastewater and sludge from 28 different treatment plants, as well as water from lakes and streams receiving the treated water from the plants. In total, occurrence of 211 different pollutants were analysed and more than 150 of them were detected. Two industrial chemicals, 15 pharmaceuticals, caffeine and nicotine were responsible for 70 per cent of the combined concentrations of pollutants in surface water, wastewater and treated water.

To assess the toxicity of the chemicals found the researchers used different standardised toxicity tests that measure the biological effects of the pollutants. With this approach the research could see the effects of both known and unknown pollutants, as well as so-called cocktail effects. For example, the tests examined the effect on zebrafish embryos and the estrogenic activity of the pollutants. The different tests used showed relatively high activities of pollutants in untreated waters and estrogenic activity was detected in waters from lakes and streams receiving treated wastewater. The results from the embryo toxicity tests showed a low number of adversely affected embryos after exposure to the treated wastewater and recipient samples.

The toxicity tests were done using both untreated wastewater and treated water. The toxicity decreased after treatment, but the degree of reduction differed between treatment plants and varied depending on which toxicity test was used. For example, estrogenic and androgenic activity removal was consistently high (97–99%), while other toxicity tests showed lower and more variable removal efficiency.

Will the concentrations increase?

The results revealed that high loads of organic micropollutants are introduced to aquatic environments through the release of water from wastewater treatment plants. There is a risk that environmental concentrations of micropollutants could become higher in the future due to the increasing use of pharmaceuticals and due to increasing urbanization. More pollutants could also be transported to lakes and streams through stormwater if heavy rainfalls and overflows becomes more common with climate change.

The results from the study could be used to improve existing treatment systems and contribute to protecting water quality in lakes and streams.

About the research project

The final report will be published in April 2020

Water is essential to life. At SLU more than 400 researchers and experts work with water-related issues, from source to sea. Our knowledge contributes to achieving the global sustainable development goals focusing on water quality, life in water and the human use of water resources. Learn more at www.slu.se/waterforum