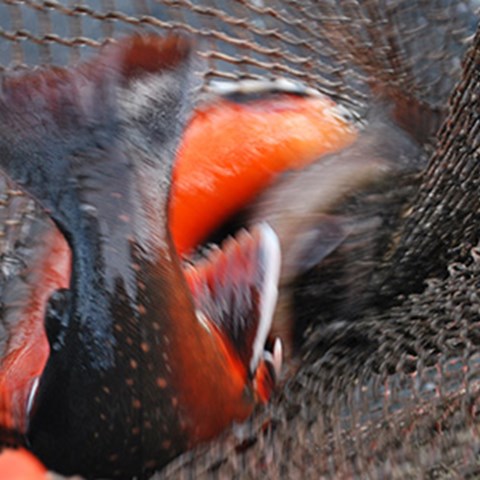 Arctica Superior on its way to the dining table. Photo: Anders Kiessling, SLU

Eco-friendly gourmet fish are developed in collaboration between researchers, chefs and industry.

Demand for seafood is steadily increasing, while at the same time 93% of the world's commercial fish stocks are utilized to the maximum. Much of the wild-caught fish goes to animal feed, often to farmed fish. This is not sustainable, which is why the Swedish University of Agriculture and Axfoundation have initiated the project 5 tons of green fish in dishes with the aim of producing a sustainable and circular fish feed. To ensure that the fish are good and commercially viable, the School of Restaurant and Hotel at Örebro University, as well as a number of business players and municipalities, are also included.

It is the combination of an increasing population, an increased global demand for seafood and already hard-working fish stocks that makes us need to find new solutions. Cultivated fish account for a growing proportion of the seafood consumed and in order for this not to contribute to depleted seas, fish feed must also be sustainable in the long term. Today, fish feed often consists of soy, cereal and wild-caught fish - food that we humans could eat instead.

A film about SLU and OrU's joint work and vision to understand the fish's merroir (corresponds to the wine's terroir) is now on SLU Future Food:

How should farmed fish taste? The Aquafresh project with results
(Longer version - 6 min)

The four main objectives of the project are:

5 tons of green fish in the counter aims to produce a sustainable and circular fish feed that also provides tasty fish. The feed is produced from residues from retailor, the food industry, the forest and "blue catch crops" by means of insect composting, microbial fermentation and filtering organisms. This may include, for example, shells and kernels from fruits and vegetables, bread wastes or residual products from forests and fields. The insects eat the residual products and the fish eat the insects when they have been converted to feed pellets. The potent fertilizer that the insects generate can be used as a plant nutrient.

The project is expected to result in:

The project is jointly funded by the Vinnova Research Council and industry and will run over two years. The goal is to create a functioning circle of production, logistics and market. To ensure that the fish also taste good, the Restaurant and Hotel school, "Grythyttan" of Örebro University, is one of the central partners. They will map how a variety of factors, such as new types of feed and water quality, can provide food of the highest gastronomic value. SLU has produced a film that presents the first step in this work.

The mobile black soldier fly composting container seen in the picture was designed and built in the two Vionnova projects, Kretsloppsflugan and 5 Ton Green Fish in the Counter (5TFiD). The container is presently producing just over 100 kg insects a week, treating  more than 500 kg pre-consumer food waste. The fly larvae will be one of the protein sources in the sustainable fish feed developed in the 5TFiD project. 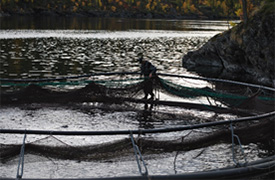 The project links to three challenges in the value circle of food production:

1. To find a financially acceptable provision for waste from food production.

3. To produce environmentally friendly and locally grown fish of the highest quality.

The project includes, besides academia, industry from waste management, bioprocessing, feed production and fish farming, their organizations and the academy. By bringing together actors from the entire value circle, an understanding of limitations before and after one's own part, is enhanced, which facilitates the design of a circular process flow. 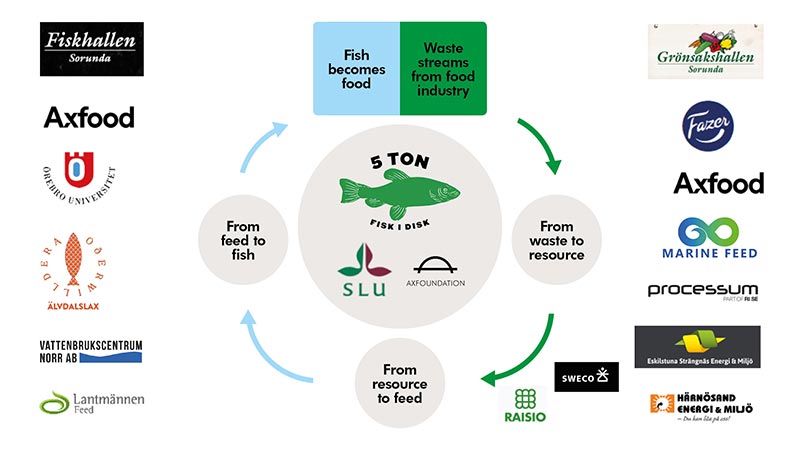 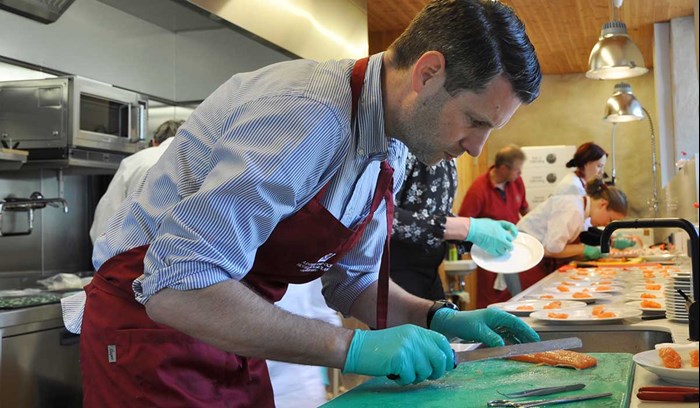 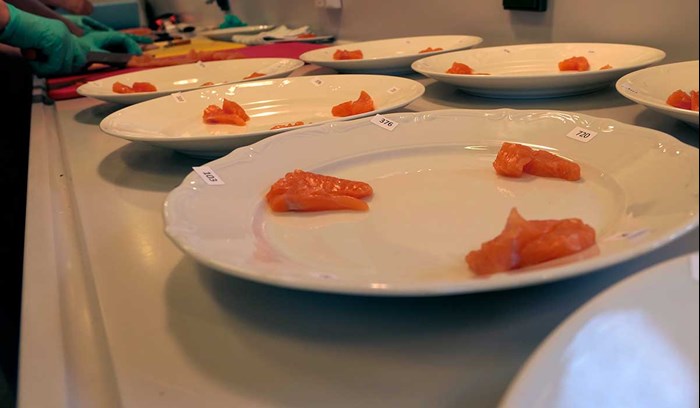 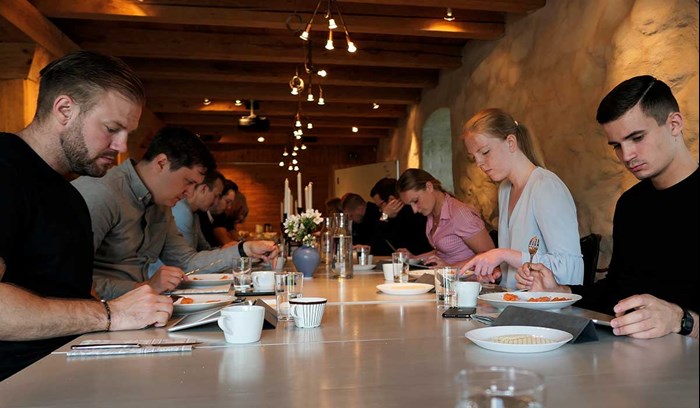 The fish is evaluated by some of Sweden's best chefs in this collaboration between SLU, Axfoundation and Restauranghögskolan Grythyttan (OrU). Photo: Axfoundation