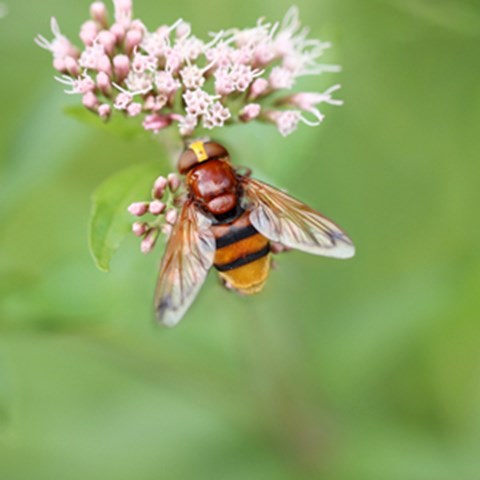 The method takes advantage of basic ecological interactions between organisms, such as predation, parasitism, pathogenicity and competition. Today, biological control is used primarily for controlling pests in crop cultivation.

There are four basic types of biological control: 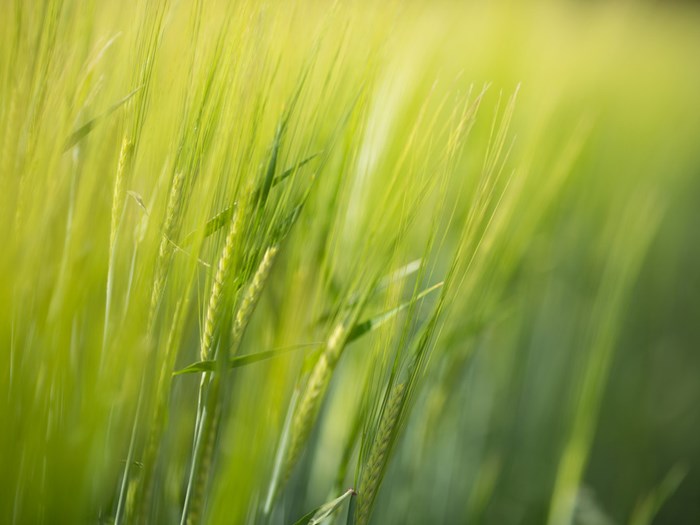 The biological pesticides Cedomon® and Cerall® have, since being introduced in the late 90s, replaced about 1.5 million liters of synthetic fungicides in the cultivation of cereals. Photo: Mårten Svensson. 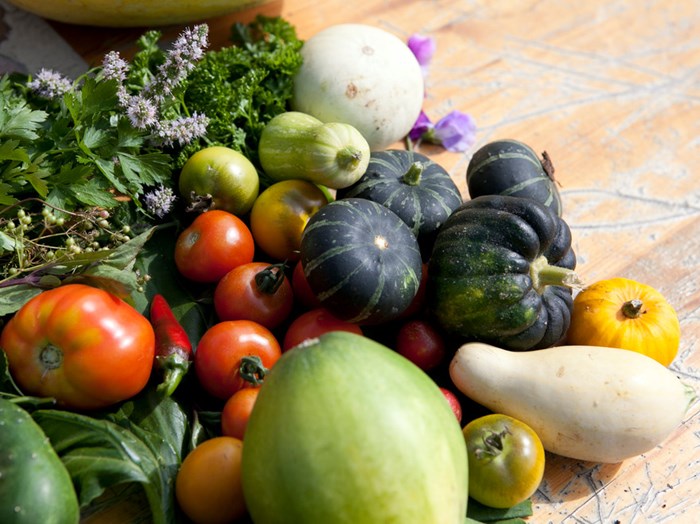 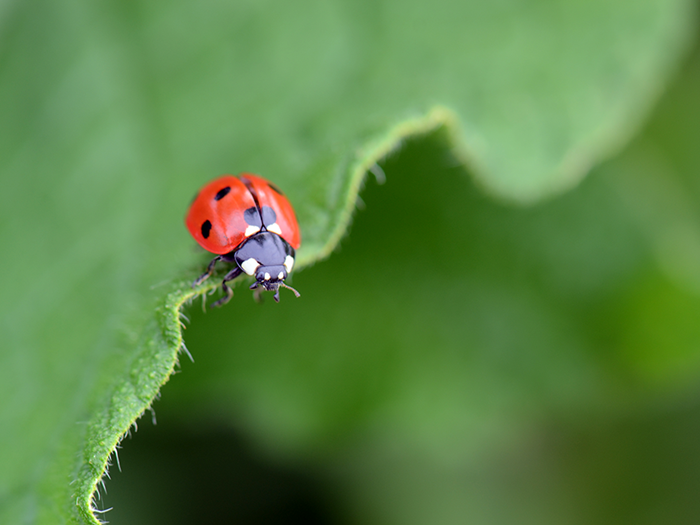 One kind of biological control is to promote enemies to the pests that occur naturally in the environment. Ladybugs are good at eating aphids that damage the crops. Photo: Mattias Jonsson.

Where is biological control used?

Biological control is a broad concept and can be used for the control of pests in very many different contexts. Read some examples below:

Plant pests can be limited by means of natural enemies such as fungi, bacteria or arachnids. Biological control can be used to combat insects and fungal diseases as well as damages from nematodes. There are a variety of organisms and products that can be used in the cultivation of many different crops e.g. cereal seeds, oilseeds, potatoes, corn, peanuts and cotton.

Biological control works well in greenhouses as it is quite easy to control the environment to create good conditions for different organisms. It is important to quickly apply the beneficial organisms when a pest emerges. In this way, it is easier for the beneficial organism to control the pest. Today, biological methods are used in greenhouses for the control of eg. greenhouse spider mites, mildew, aphids, thrips, mealybugs and larvae of dark-winged fungus gnats, weevils and butterflies. 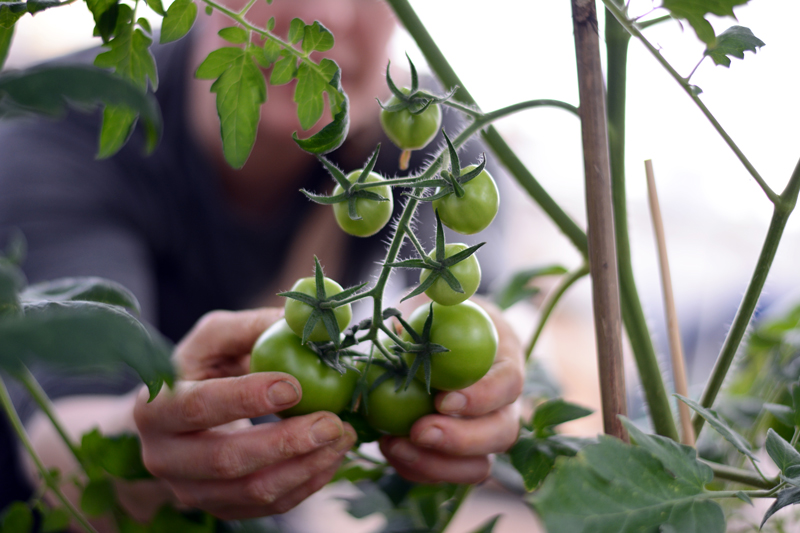 In a research project, Hanna Friberg from the Department of Forest Mycology and Plant Pathology, examines how biological control can be used to overcome corky root rot in organic tomato cultivation. Photo: Cajsa Lithell.

In forestry, biological control is for example used to reduce attacks by Heterobasision annosum, a pest that causes losses in forestry of EUR 50-100 million annually. The biological pesticide is called Rotstop and prevents Heterobasidion from spreading and cause root rot in spruce and pine populations. Rotstop contains live spores of a fungus found naturally in our forest - Phlebiopsis gigantea. Phlebiopsis gigantea is a fungus that grows on dead wood and old timber rolls. Read more about treatment of root rot on spruce at the Department of Forest Mycology and Plant Pathology.

Bacteria are used with great success as biological pesticides and can have many positive effects on the plants. The biological control products Cedomon® and Cerall® have, since their introduction in the late 1990s, replaced about 1.5 million liters of synthetic fungicides in the cultivation of cereals. Another well-known example is the bacterium Bacillus thuringiensis, which is used worldwide for larvae of insect pests. 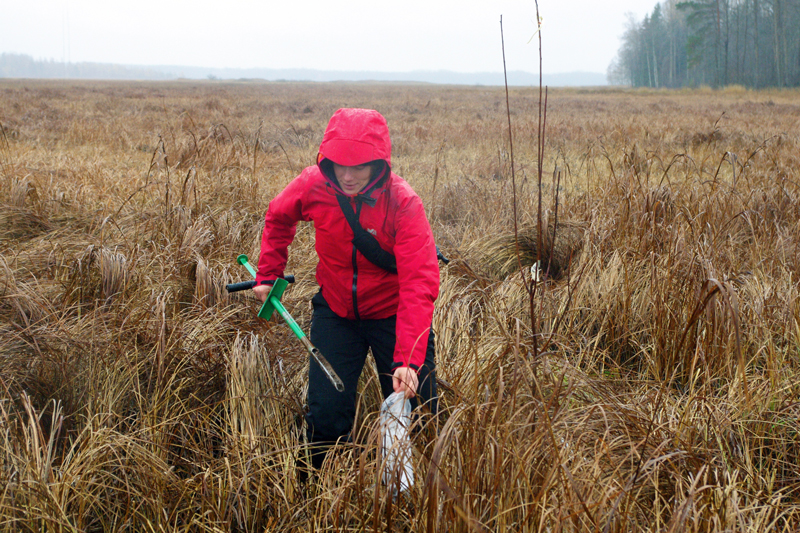 Field work in an area by the river Dalälven where Bacillus thuringiensis has been used against mosquito larvae. Photo: Ingvar Sundh. 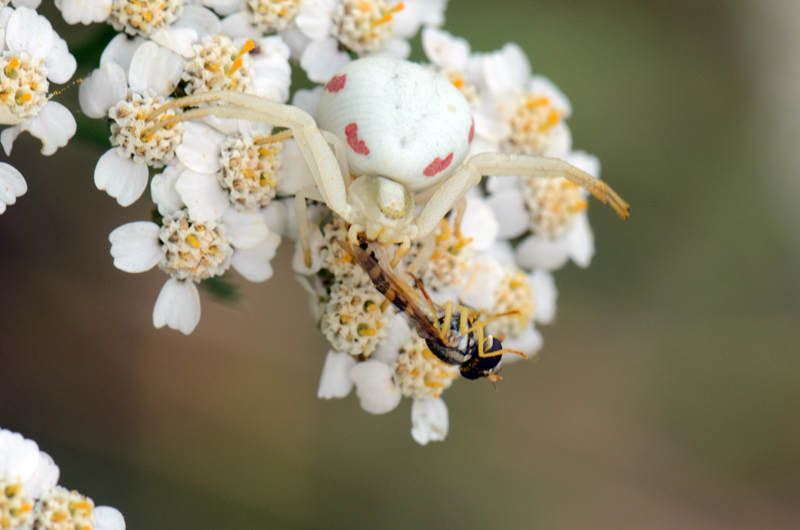 Nematodes are millimeter-long roundworms that live in the water film that surrounds soil particles. They can be used in biological control as several species can cause diseases in pests and other invertebrates. Some nematode species are currently used commercially for the control of dark-winged fungus gnats and snails. Nematodes can also fight pathogenic fungi. These fungi-eating nematodes have a stylet which they insert into fungal cells to eat the cellular contents, causing the fungal cells to die. Read more about nematodes at CBC's research page Nematodes in biological control.

Antagonistic fungi are important tools in biological control of plant pathogenic fungi. Many antagonistic fungi are found in the genus Trichoderma, but there are several other examples, some of which have been developed and marketed for biological control of plant diseases. These fungi are active against soil-borne pathogens, for example species within the genera Pythium, Fusarium and Rhizoctonia. Fungi can also be used above-ground, an example is Ampelomyces quisqualis used for mildew in horticulture. Yeast fungi have also been used to control mold damage during storage, such as Cryptococcus albidus and Candida oleophila against species within Botrytis and Penicillium.

At CBC, we investigate the fungus Clonostachys rosea, which has been shown to be effective against several plant diseases. Among other things, we examine how it best can be used against the fungus Fusarium graminearum which causes diseases on wheat and barley. Read more about CBC's research on Clonostachys rosea here.

Safety and regulations in biological control

Before a biological agent may be used, it must undergo a safety check to ensure that it does not cause negative side-effects on humans or in the environment.

Microorganism, insect or other small animal?

Another factor of importance for the safety assessment is whether the control organism is a microorganism, an insect or another kind of animal. There are many similarities between microorganisms and beneficial animals in terms of potential side-effects on other organisms in the environment. However, for microorganisms it is also very important to investigate whether they could cause disease in humans.

The regulations in Europe for approval of biological control agents and products vary depending on the type of beneficial organism. Microorganisms are categorized based on the intended use, either as plant protection products or biocides, and require approval as such. After approval of the active microorganism at EU level, the formulated product must be authorized nationally. Today, this is done in three major climate zones rather than individual countries. For insects and other small animals, there is no common European legislation and the countries address them differently.

In Sweden, the Swedish Chemicals Agency is the main responsible authority for authorization of microbial agents, whereas the Swedish Environmental Protection Agency authorizes new insects and other small animals.