Naptek - A national programme on local and traditional knowledge concerning the conservation and sustainable use of biological diversity.

In December 2005 the Swedish government decided to launch a national programme on local and traditional knowledge concerning the conservation and sustainable use of biological diversity. This was a direct result of the ongoing discussions concerning art. 8(j) in the Convention on biological diversity (CBD). The national programme is called Naptek and has since the start had the aim to safeguard relevant traditional knowledge, innovations and practices according to article 8(j) in CBD and aslo adding working with 10(c) in CBD.

The Naptek programme has since the start been coordinated by the Swedish Biodiversity Centre in direct collaboration with the Swedish Saami Council when it comes to issues concerning the Saami traditions. Also other relevant tradition holders/ stakeholders will be involved in the process.

Local and traditional knowledge (LTK) in Sweden, linked to biodiversity and ecosystem services work that is part of the Nordic Assessment. With a setup similar to IPBES.

Sweden is one of the few EU countries to have indigenous people, the Saami. In addition to the Saami, Sweden also has many tradition holders represented in small-scale use of the biological resources. Reindeer husbandry, small-scale farming, forestry, hunting, and artisanal fishery all depend on traditional knowledge. Artisanal fishermen are still dependent on knowledge of the seasonal behaviour of the fish, weather conditions and wind directions to make their catches. Fish, both fresh and smoked, is sold directly by the fishermen locally to tourists and summer guests. Farm dairies produce traditional cheese made from cows and goats that graze in forest that have been grazed for centuries. Traditional knowledge and local traditional products still play an important role in rural development even in a highly industrialized country like Sweden.

In this context we also wish to point out that a “local community” does not necessarily constitute a geographical unit, but a “traditional knowledge system community” with geographically scattered members, but linked together by their knowledge. There is still a rich treasure of traditional knowledge upheld by tradition holders in most western countries. The conservation of this knowledge is not only a question of biological diversity, but also an important element of our cultural identity.

The Ethnobiological project was initiated by the Swedish Biodiversity Centre in 1997 togheter with a number of other organizations to promote the interest in the conservation of biodiversity and traditional knowledge. 2006 the Ethnobiological project was integreated with the work of Naptek.The main purpose of the project was to create a three volume encyclopaedia in Swedish Etnobiology, giving a popular introduction to the historical, present, and possibly also some of the future use of our biodiversity. The third volume of Etnobiologi i Sverige vol. I-III was completetd in 2007. Read more.

In 2015 the Napteks assignments from the Environmental Protection Agency mainly include to work with IPBES (Intergovernmetal Platform on biodiveristy and ecosystem services) and a "Nordic regional assessment" for an application to the Nordic Council of Ministers. 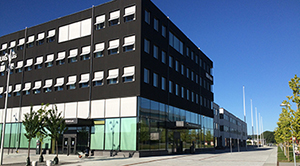