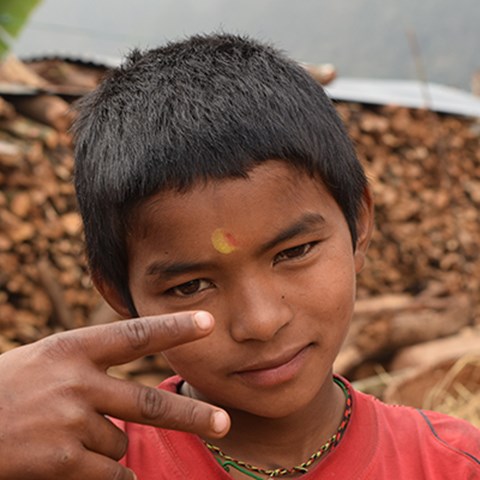 In a village around 15 km from Pokhara city in Nepal lives a group of farmers, who are amongst the poorest in the area. The IUCN Ecosystem based Adaptation (EbA) project has tried to improve the soil fertility and moisture content through the integrated soil nutrient management. Read more about the Project at www.biodiverse.se

CBM has been a member of the International Union for Conservation of Nature (IUCN) since 2005.

SSC is responsible for development of the red-list of species and the members are specialists in the taxonomy, ecology and conservation of different species.

At CBM Johnny de Jong is a member of the Species Survival Comission as a bat specialist.

CEM is focusing on conservation of different ecosystems such as forests, grassland and wetlands. CEM is also organising a number of thematic groups, and Mike Jones at CBM is the chair of the Resilience Thematic Group. Maria Forsberg and Marie Kvarnström are also members of this commission.

At the local level CBM is involved in the Swedish National committee of IUCN.

On the International Day of Biological Diversity on 22 May, IUCN Sweden is having a High-level discussion on sustainable development, at Ulriksdal Palace, Sweden. CBM Director Tuija Hilding Rydevik and CBM Advisor Mike Jones are participating.

Read more about the CBM work in line with IUCN commitments in the folder Biodiversity in Society.

Read more about the events in which Tuija Hilding-Rydevik and Mike Jones has a role.