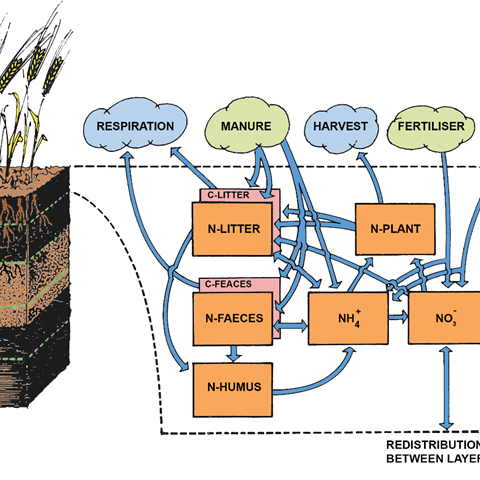 SOILNDB is based on two frequently used scientific models, SOIL and SOILN, where first describe the water and energy flows, and the second nitrogen transformation and transport processes in the soil. The SOILNDB model produces results either on an annual average or daily resolution. SOILNDB calculates leaching coefficients based on crops, fertilization, yield, soil and climatic factors like rainfall, temperature, solar radiation, humidity and wind speed. The model is driven by daily climatic data and mean run off from 22 Swedish regions. As an end result a matrix of leaching coefficients for each combination of crops, soil properties and regions is produced. 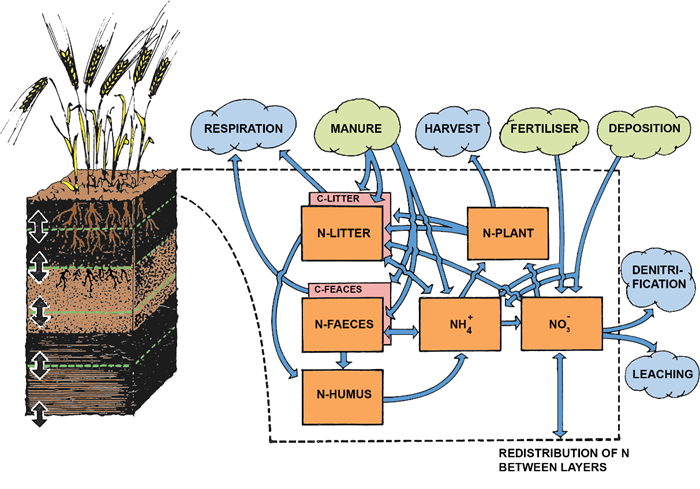 The structure of the SOILN model (adopted from Johnsson et al. 1987).