The aim of the project is to develop integrated control against annual weeds in spring oilseed crops by combining mechanical and chemical control to be performed simultaneously and/or separately. The project, which is a supplement to a larger project funded by the SLF, consists of three field experiments per year where various combinations of row hoeing, chemical control and row spraying are evaluated and compared to more conventional systems for weed control.
The goal is that row hoeing, alone or in combination with chemical weed control, can reduce the overall use of pesticides in spring oilseed crops, compared with conventional control, while good weed control efficacy is maintained.

Funding: Swedish Board of Agriculture 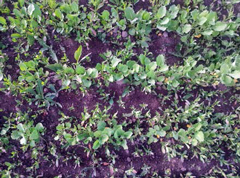 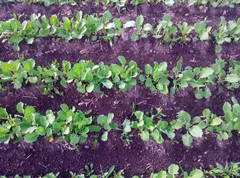