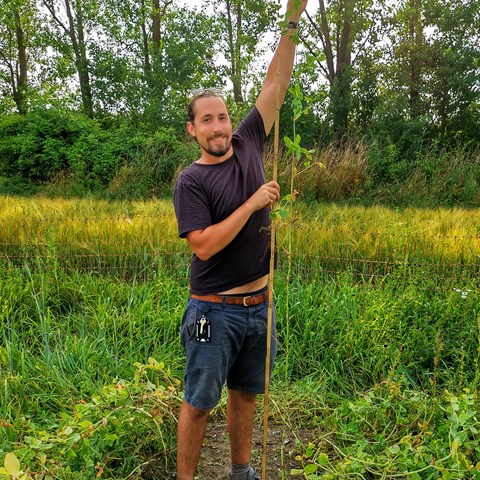 The pea 'Solberga' can be very long. The plant is 2.5 m tall and is still growing.

The aim of this project is to study and optimize the intercropping of fava beans and peas. The goal is to see whether intercropping can provide higher and more stable yields in organic production of peas and fava beans.

The project also includes older varieties to assess whether they have properties that are relevant and valuable for both human consumption and fodder. A well-designed intercropping system may generate higher yields of both seeds and biomass, as well as a higher capacity for biological nitrogen fixation. By improving organic, legume-based cropping systems, the researchers hope the project will help to make this a more attractive alternative to both producers and consumers.

Many of the older varieties to be used in the project have culinary properties that can contribute to increase the demand for locally produced legumes. At the same time, larger local harvests of protein-rich plants will allow a reduction in imports of soya beans for animal feed. The project is therefore also a step towards shortening the distance between the production and consumption of food and facilitating the transition to more plant-based protein in our diets.

Field experiments with fava beans and peas will be performed during three growing seasons to study various factors of relevance to the design of successful intercropping combinations. The experiments are placed at the SITES Lönnstorp Research Station in Alnarp, on organically certified land. Various combinations of varieties will be cultivated together to test and evaluate their growth potential and different uses.

The project is mainly funded by the Ekhaga Foundation and is being implemented as a three-year licentiate programme at the Department of Biosystems and Technology at SLU Alnarp. 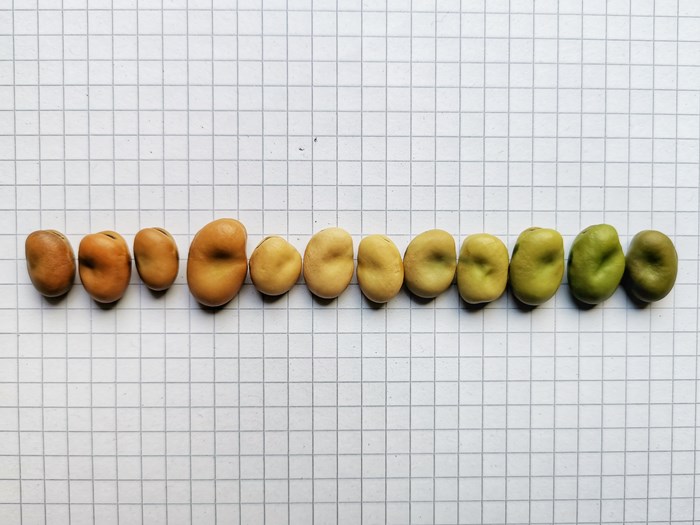 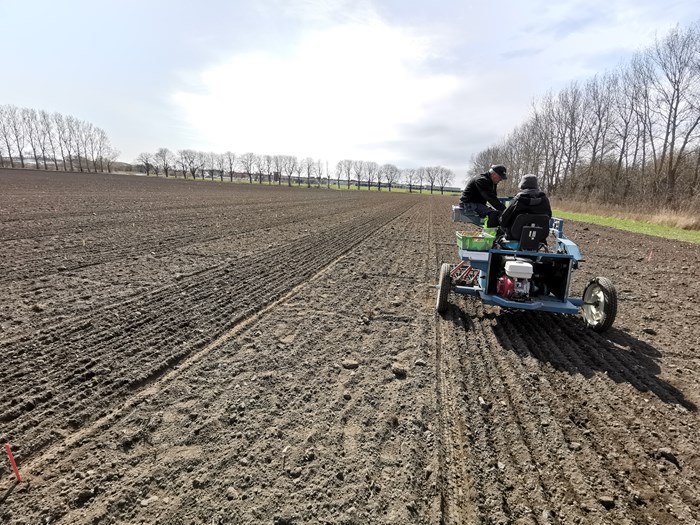 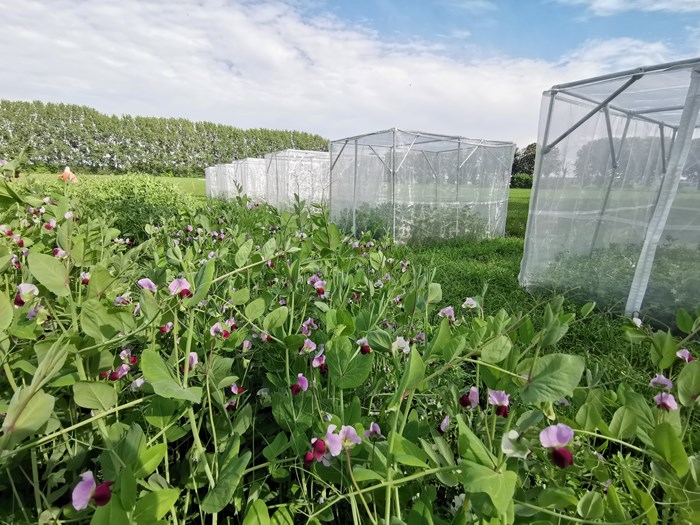 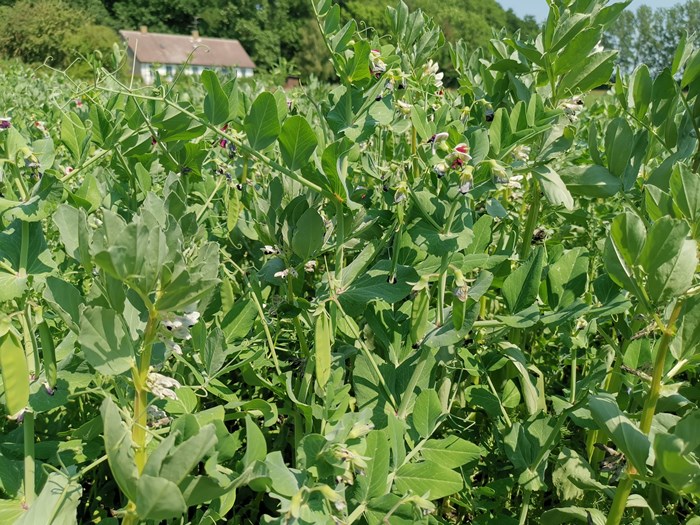 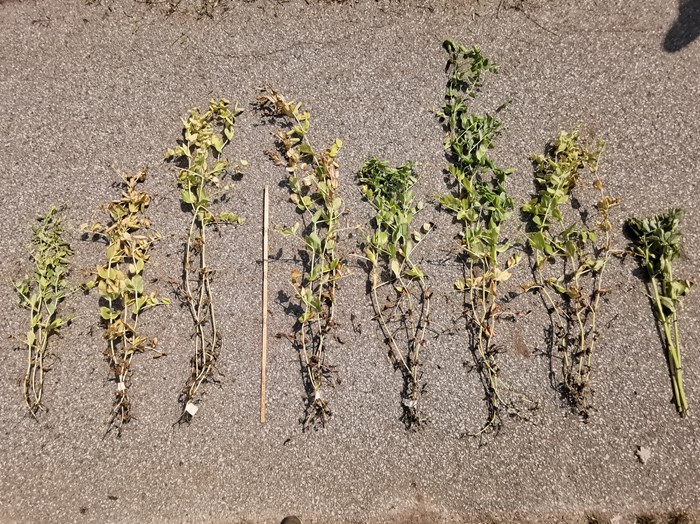 Differences between some of the pea varieties in the experiment. Fava bean on the far right 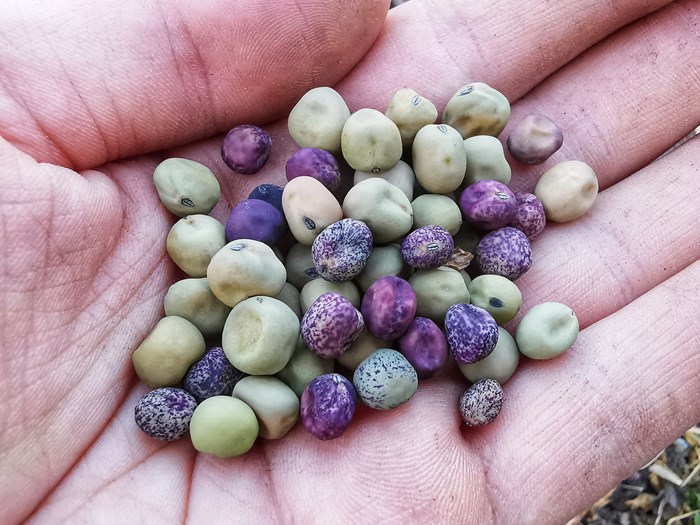 The project is funded by: The Ekhaga Foundation and SLU (Department of Biosystems and Technology)