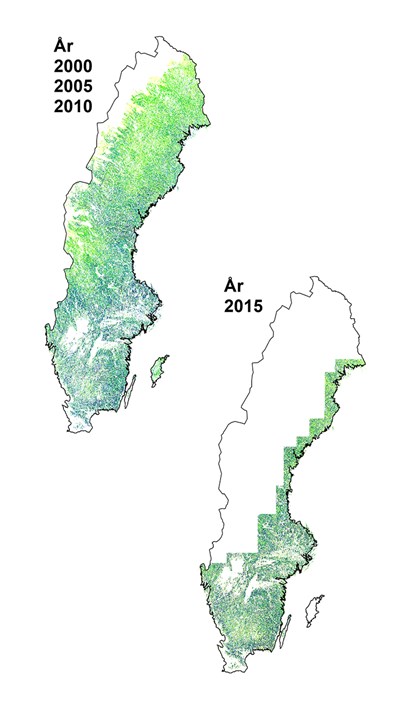 Three national maps containing information about Sweden’s woodlands and forests are already available. These maps include data collected in 2000, 2005 and 2010, each with cells of 25 x 25 metres. Up until 2010, the maps were based solely on satellite images from Landsat and SPOT.

SLU Forest Map has been developed and produced by the Division of Forest Remote Sensing at the Department of Forest Resource Management, SLU Umeå.