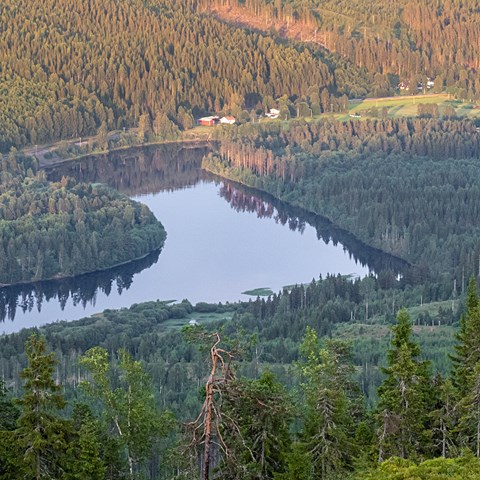 The Swedish National Forest Inventory collects data over the whole of Sweden and publishes results for all land use classes except sea and fresh water. The Swedish National Forest Inventory collects most data for forest land and productive forest land in particular. Since 2003 areas within protected land are included and from 2016 also alpine areas. Productive forest land is the most dominant land use class followed by Alpine areas (5 million hectare), Mires (5 million hectares) and agricultural land (3 million hectares).

The total standing volume in Sweden has increased significantly since the Swedish National Forest Inventory was first undertaken in the 1920's. In the mid 1920's the total standing volume was 1720 miljoner m³sk and today is 3558 miljoner m³sk (excluding volume in alpine areas for comparability reasons), 3553 including). Sweden's has 27.9 million hectares forest land of which 23.4 million are productive forest land. Calculated as dry weight, an important value in data related to climate change, the total volume dry weight is 2692 million tons.

Sweden's forests are dominated by spruce and pine, which is expected as the almost the whole country is within the Boreal region. Up until the 1970's the increase in volume was dominated by spruce, since then volume of Spruce, Pine and broadleaes have all increased. The increase in spruce slowed down after severe storms in 2005 and 2007 but has now recovered.

Open a table ny clicking on the table name or explore all of our statistics in our statistics database. Tables can be downloaded in a variety of formats or via an API.

Number of stems by tree species and diameter class (1923 - date)