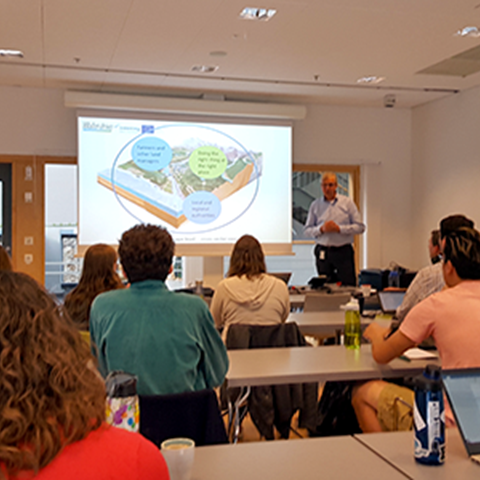 From the 12th to the 23rd of May, SLU hosts a group of students from Penn State University, USA. They are here to learn about water quality with a special focus on comparing the situations in the Baltic and in Chesapeake Bay.

The Baltic Sea and Chesapeake Bay are two bodies of water that share many common features. The water in both areas is defined not least by a similar gradient from fresh water upstream to brackish water to saltwater. On May 12-23, a course is held for a mixed group of students from Penn State University focusing on water quality. The students are also followed by a number of researchers and teachers.

- Most students study to be agronomists or environmental scientists, but some have a social sciences orientation. They read this course as a summer course outside of the regular semester, says organizer Karin Blombäck.

This is the second time that SLU are host for this course, the first time was in 2016. The fact that the course is organized is due to a great interest from both Penn State University and SLU to continue and expand their scientific cooperation. In August 2018, a number of American researchers from, for example, Penn State University visited the Department of Soil and Environment and the Department of Water and Environment to establish contacts.

- It's great that Penn State University wants to station a two-week course here. As both students and researchers participate, we get response to the research and the environmental analysis we ourselves are doing linked to eutrophication problems. We also gain insight into what is being done at Penn State University and the water quality work that is being done within Chesapeake Bay's catchment area, says Karin. 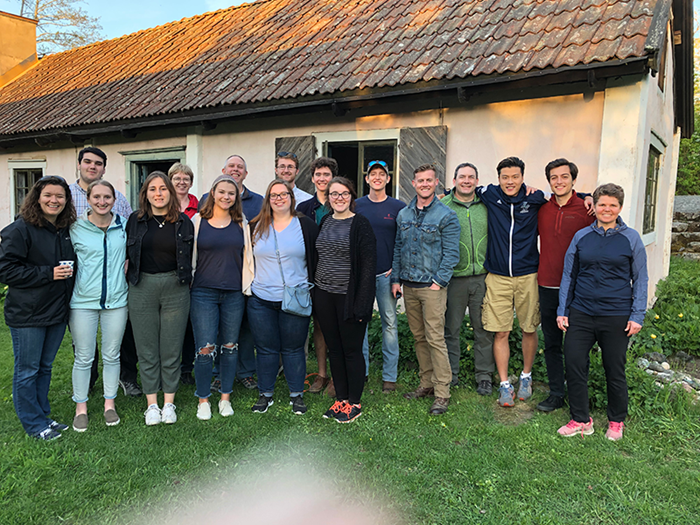 The students from Penn State University together with the course organisers Karin Blombäck and Kristina Mårtensson. 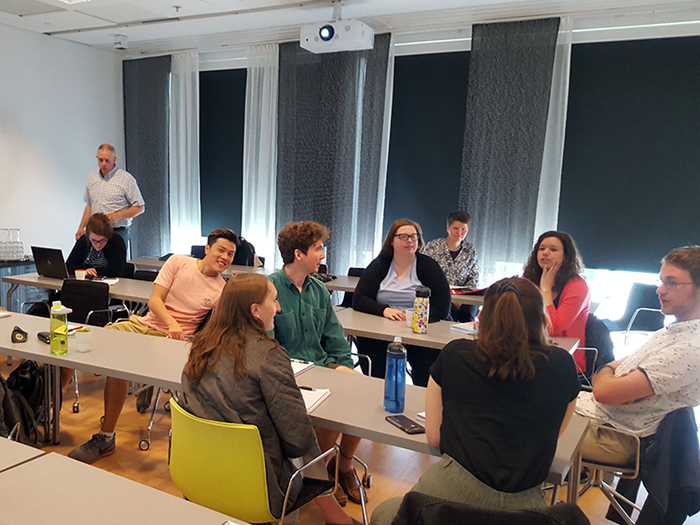 Discussion exercises on the course at the Department of Soil and Environment. Photo: Karin Blombäck. 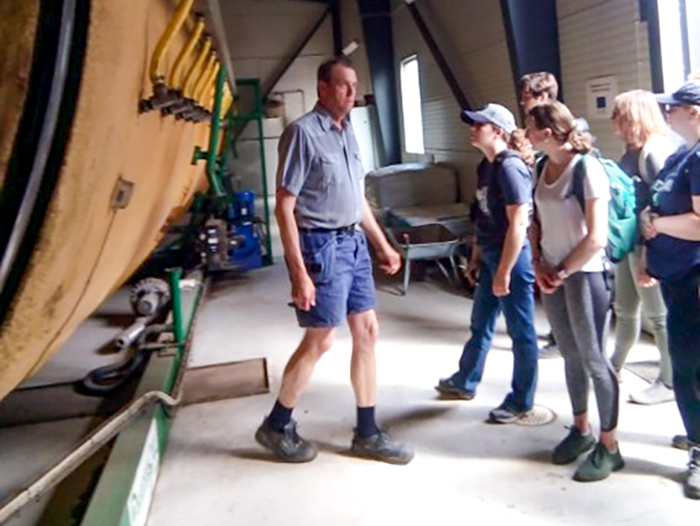 One of the excursions on the courses was a study visit to Wiggeby farm with Håkan Eriksson. Photo: Karin Blombäck.

"There is much we can learn from each other"

– The collaboration with SLU provides a tremendous opportunity for our students to study a priority global environmental issue while also experiencing a new country and culture. It does not get any more enriching than that. At a Penn State, the Chesapeake Bay Watershed is a study laboratory for much of our coursework and research, and these students have had a lot of exposure to the eutrophication issues of the Chesapeake. This course exposes them to similar issues being faced in the Baltic Sea. There is much we can learn from each other, and that is exactly what the students are exploring in this course, says teacher and researcher Matt Royer.
The is an expectation that the course will also lead to a continued and developed research collaboration and teaching exchange. During the autumn, lectures are planned that will be given via video link between the universities during a course given by the Department for soil and environment.

A seminar at KSLA on comparative environmental work

In parallel with the course, a symposium on the Baltic Sea and Chesapeake Bay at KSLA, The Royal Swedish Academy of Agriculture and Forestry, in Stockholm was also organized on May the 20th. Kevin Bishop, Pro Vice Chancellor with responsibility for Environmental Monitoring and Assessment at SLU, inaugurated the seminar together with Jakob Granit, Director for the General Swedish Agency for Marine and Water Management. Read more about the seminar here.