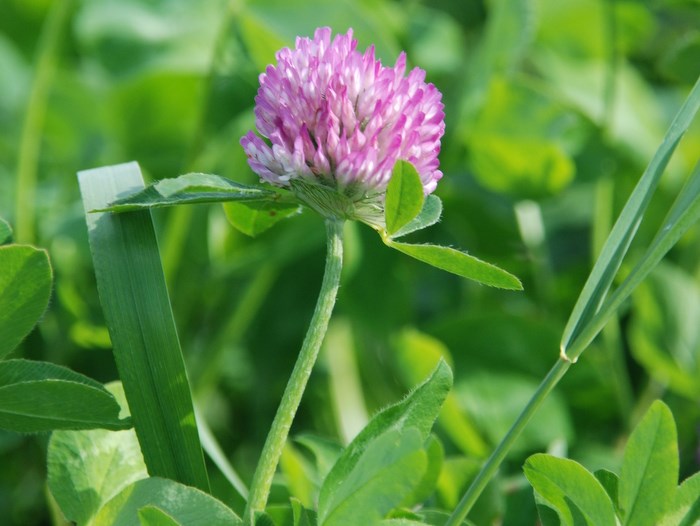 Within the Swedish agricultural sector, there are more than 2.1 million ruminants, and the production is one of the highest ranked in the world in terms of animal welfare. Maintaining a meat and dairy production of such a high quality requires continuous improvement of fodder production. Red clover is our most commonly used forage legume. Breeding of red clover is a time-consuming process, and with current methods, it takes around 18 years from the first crossing until a new variety is approved.

This project will work towards the improvement of red clover through modern breeding and phenotyping methods. A new and efficient breeding method is being established, which will improve several properties and thereby contribute to an efficient and sustainable dairy and meat production. This will in turn contribute to the growth of the Swedish bioeconomy.

Phenotyping will be carried out in five locations in Sweden using methods that can effectively measure environmental effects. Already available genomic resources will be utilised to develop markers that can be used in the analyses of genetic diversity and association analyses, where genetic markers are linked to specific properties. A new tailored genotyping platform shall be developed based on a selection of DNA markers. Effective prediction models will be produced for a genomic selection-based breeding method for red clover.

Current and validated prediction models for genomic selection will be used to design a new and modern plant breeding programme specifically adapted to the Swedish population and to Swedish cultivation conditions. In the long term, this will result in new varieties with improved properties, which contribute to a more profitable fodder and food production throughout Sweden.