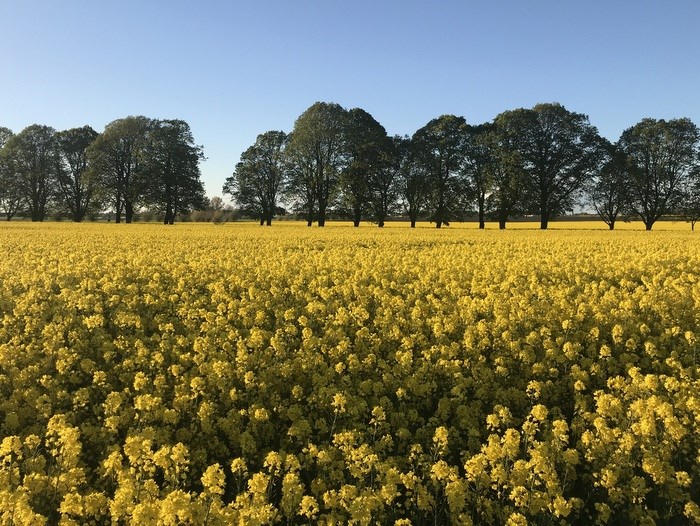 Rapeseed is grown in Sweden as a given, high-yielding and environmentally sustainable oil crop in succession systems. Today, oil is primarily extracted from the seeds, and the residual product is pressed into a seed cake or flour, depending on the oil pressing method. The cake is currently used as a protein-rich feed, mainly given to cows; however, it contains high levels of antinutrients (substances that are toxic and bitter) which limits the amount that can be used. Considering the growing global population, an increased desire to switch out soy in animal feed, and an increased consumption of plant-based protein, it would be valuable if rapeseed protein can be developed towards new and innovative protein products in the future, both for people and animals.

This five-year project aims to develop new rapeseed varieties with reduced levels of antinutrients, and thus expand the use of rapeseed protein and increase the value of the rapeseed cake. The project is intended to breed new rapeseed varieties so that the seed cake can be used as a high-value feed for several types of animals. The intention is also that in the future the rapeseed cake will be possible to use in food.

The project will develop new biomarkers to speed up the breeding process. Genes with the desired function, which has already been confirmed in other plant species, are to be identified and then evaluated using CRISPR. Three substances will be investigated simultaneously using phenotyping and chemical methods, rather than investigating each substance separately as before.

Mutants from existing breeding material from Lantmännen as well as chemically induced variations with low levels of the three substances will be used in the project. Lines with the desired properties will then be crossed with established and useable rapeseed varieties in order to pass down those properties. The protein in the improved rapeseed lines is then compared with the protein in existing rapeseed varieties.

The project is a collaboration between SLU, Lund University, Lantmännen and Gunnarshögs Gård AB.