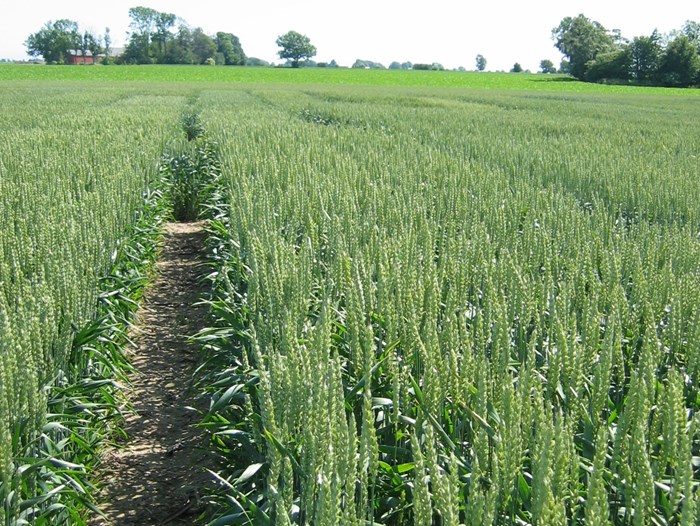 Project - HeRo - Healthy Roots: Development of tools for the selection of robust cultivars in Swedish plant breeding, with focus on the root system. Photo Ida Karlsson.

Crop root systems are central for the uptake of plant nutrients, disease resistance and resistance to extreme weather. Healthy root systems therefore contribute to a reduced risk of poor growth and yield under varying environmental conditions, in other words, increased cropping security. Important plant nutrients are nitrogen and phosphorus, but also other elements such as sulfur. Sulfur deficiency is an increasing problem in many crops due to reduced precipitation from the atmosphere and changed fertilization regimes. The aim of the project is partly to identify plant characteristics, with the main focus on the root systems, which can be used by plant breeders as a tool for selection of robust varieties, and partly to evaluate these characteristics from a cultivation system perspective. In the long term, genetic markers for traits that lead to increased cropping security must also be identified.

This five-year project will study the root system of mainly wheat and its significance for the uptake of nutrients, but also disease resistance and adaptation to different environments. The project complements existing SLU projects in collaboration with Lantmännen, including ‘Development of phenotyping for wheat and sugar beets’ and ‘Climate-stable wheat’ as well as ‘Resistance breeding for healthy crops’. The project will lead to Swedish wheat production becoming more efficient and sustainable with varieties that have healthy roots and make better use of plant nutrients.

The project is implemented in two steps. In the first step, which will be performed during the first two years and with a focus on wheat, the project will develop methods for identifying plant traits that lead to increased cropping security. These candidate traits can then be used by plant breeders as tools for selecting genotypes that work in different environments and different cultivation systems.

Over the subsequent three years, step two of the project, more crops will be included in the study and the goal is to identify genetic markers for the traits that provide higher cropping security. These genetic markers will then become additional tools for plant breeders.