This work aims to explore the issue of how the regeneration and growth of native and exotic tree species are linked to biotic and abiotic factors across forest ecosystems that differ greatly in successional stage, disturbance intensity and productivity, and how climate, micro-organisms and herbivory may directly or indirectly drive seedling establishment and tree growth. 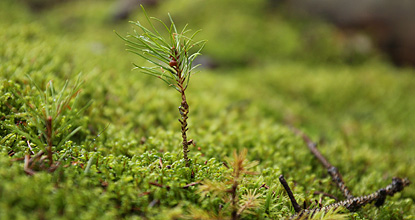 How is plant establishment affected by the bottom layer. This is one of the topics studied in the project. Photo Mats Hannerz.

The research is structured along the following themes:

Jackson, B. G., Nilsson, M.-C. and Wardle, D. A. (2013) The effects of the moss layer on the decomposition of intercepted vascular plant litter across a post-fire boreal forest chronosequence. Plant and Soil 367: 119-214.

Bansal, S., Nilsson, M.-C. and Wardle, D. A. (2012) Response of photosynthetic carbon gain to ecosystem retrogression of vascular plants and mosses in the boreal forest. Oecologia 169: 661-672.

Till Jochum, PhD-student (on leave)