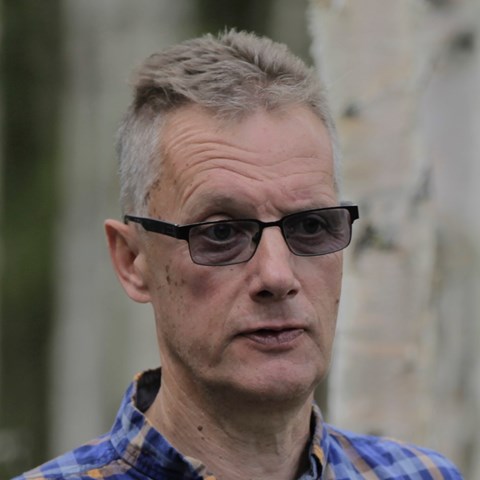 Forest management research has become both broader and deeper. Researchers are challenged by both climate change and more people who claim their interest of the forest. Professor Urban Nilsson takes these challenges seriously and welcomes TC4F’s investment in research on regeneration, climate, continuous cover forestry and deciduous trees.

The Swedish forests are expected to deliver valuable resources to the industry. They are also expected to contribute to a better climate by sequestering carbon, be a refuge for plants and animals, and provide an attractive recreational environment for people.

What does such a challenge mean to a Professor in forest production. A lot, it turns out. Silviculture research has a long history at SLU, but it must constantly wrestle with new questions. A few decades ago, it was mostly about maximising volume production, but today much more concern is on multiple use – how different demands should be satisfied in the same stand, or the same forest landscape.

Silviculture has grown as a subject

For Urban Nilsson, the new expectations have led to a broader and deeper silviculture subject. A forest management researcher must have more than the traditional forest knowledge. Examples of emerging fields are ecology, climate theory, economics and soil chemistry, but also topics such as people’s values.

– The time is past when we just needed to take into account that the trees grow fast, he says.

At the same time, he stresses that the knowledge of timber production is necessary even when taking into account the other demands on the forest.

– It is necessary to exploit the tree resources in a smart way. If we maximise the growth in one place, we can preserve more in other places. In yet other places, we can pursue smart, new management concepts that combine timber production and environmental concerns.

– If you have a multi-layered forest from the beginning, you can in fact consider continuous cover forestry instead of harvesting all trees at one time. A sustainable selection cutting will still give a decent cash flow.

– One can also ask whether 20% less economic revenue really is a matter, if we at the same time gain 100% better recreational environment, he adds.

Secure regeneration methods become more important the more valuable the plant material is. A genetically improved tree, propagated as cuttings or somatic embryogenesis, must be given the best possible start. Regeneration research is therefore another important field for TC4F’s Theme 2.

– Sweden was in the forefront of regeneration research, but the field ended in somewhat of a rest phase in the 2000s. Now we have the chance to restore it, says Urban Nilsson.

Establishment of new field trials is one important part of the regeneration research. Another is measurements and analyses of old trials.

– Forest management research depends on its long-term field trials. We need to study how the trees actually react to changes in climate, site properties and pathogens over a longer period. This cannot be simulated in computer programs or be tested in climate chambers.

Urban Nilsson is the forester from Vindeln who imagined a future as a forest manager in northern Sweden. Instead, he ended up as a research on the treeless plain in Alnarp in southern Sweden, where he moved in 1989 after having begun doctoral studies at SLU in Umeå. He has led several major research projects on applied forest management throughout the years: “Norway spruce programme”, “Theme Growth” and Future Forests’ project “Forest management”. He was elected Professor in forest regeneration in 1999, but changed focus and became Professor in forest production in 2008.