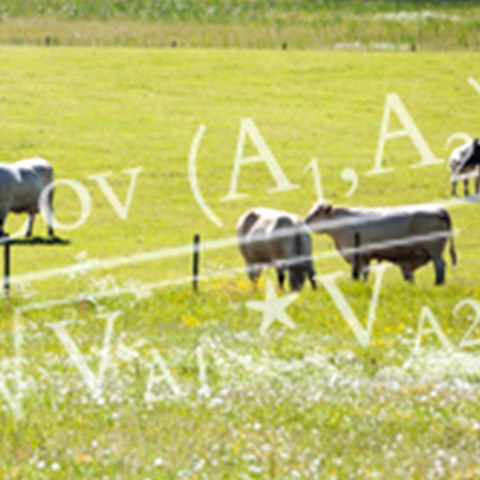 Quantitative genetics involves genetic analysis and interpretation of data for so-called complex traits. Most traits that are of importance in animals are complex traits which are characterized by being influenced by a large number of genes and environmental factors that interact to create the phenotypes.

In the section of quantitative genetics we study many different aspects of quantitative genetics. We study how complex traits are affected by genetic variants in the genome to predict the expression of particular trait, for example a disease. Other research areas include modeling of disease phenotypes to create new and more informative trait definitions, development of genomic selection and breeding methodologies, and analysis of Next Generation Sequencing Data.

A large part of the work borders to other areas of genetics and biology, such as computational, population and molecular genetics, as well as bioinformatics, statistics and mathematical modeling.