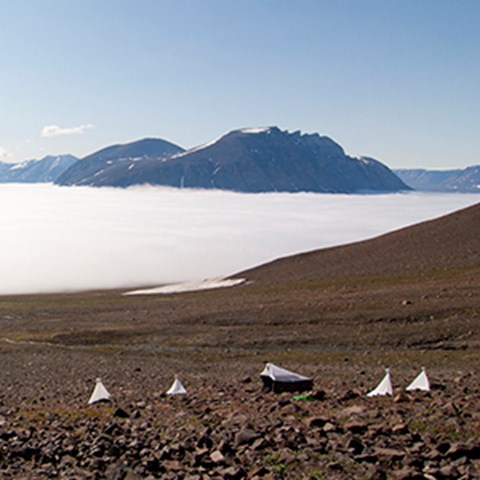 Arthropods are arguably the most diverse arctic animal taxa, yet, how they respond to global change is poorly explored. This applies to arctic arthropod communities in particular, where there is a glaring lack of knowledge regarding their phenology, distributions and abundances. Besides, their dependence on abiotic conditions is poorly known. Understanding the consequences of rapid climate change for these groups is an urgent research priority, since the disruption of major arthropod-driven interactions, such as pollination, may have important repercussions throughout arctic ecosystems.

Some of our bench-mark studies to date have revealed surprising complexity in the structure of arctic interaction networks. Where the previous view held that arctic populations are mainly affected by the harsh climate, we have shown how arctic species form highly complex interaction networks. Give how tightly the species are woven together by live interactions, overall response to climate change will be much different from the case where each species responded on its own. We have also shown that climate change is already reshaping communities across the Arctic. Different regions are changing at a different pace, and when we compare them we can find differential imprints of this differential change.

A new focus on microclimate

Arctic climate change will affect not only overall or mean conditions (macroclimate), but finer climatic variation within the landscapes (microclimate). The latter, fine-scale variation is likely to be what really matters for the species inhabiting the landscapes. Therefore, we work intensely on resolve arctic climatic variation at different scales using high-resolution remote-sensing data and physical models of the local climate. Our insights into climatic conditions we link to arctic arthropod biodiversity, which we describe using DNA barcoding of arthropod bulk samples. Some of our favourite field sites in the Arctic and Subarctic regions, respectively, are the Zackenberg Research Station (GREENLAND) Kilpisjärvi (FINLAND), the Varanger Peninsula (NORWAY). 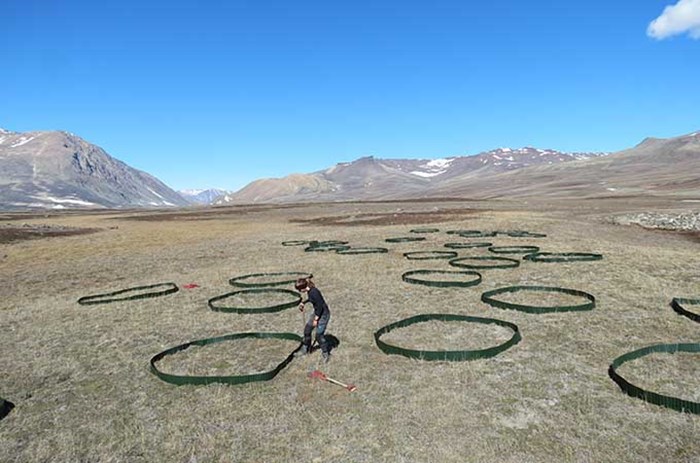 An ecological experiment taking shape in the high-arctic tundra. The researchers used corrals to study the effect of local spider densities on the rest of the fauna. Photo: Tomas Roslin 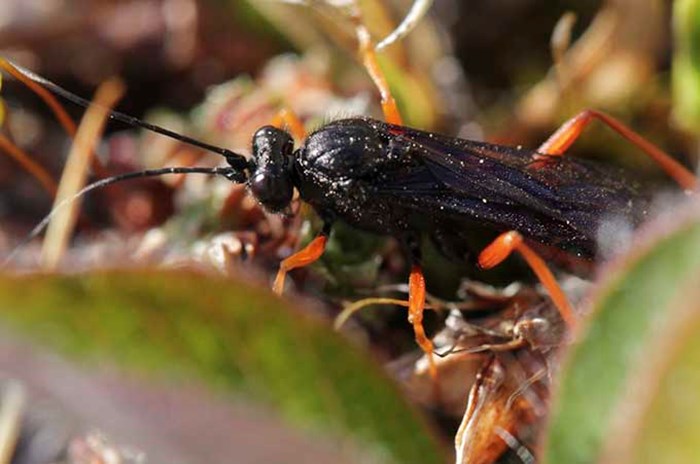 Climate change recasts the insect communities of the Arctic. Cryptus arcticus is a parasitoid wasp attacking host larvae just as they are pupating. Photo: Tuomas Kankaanpää 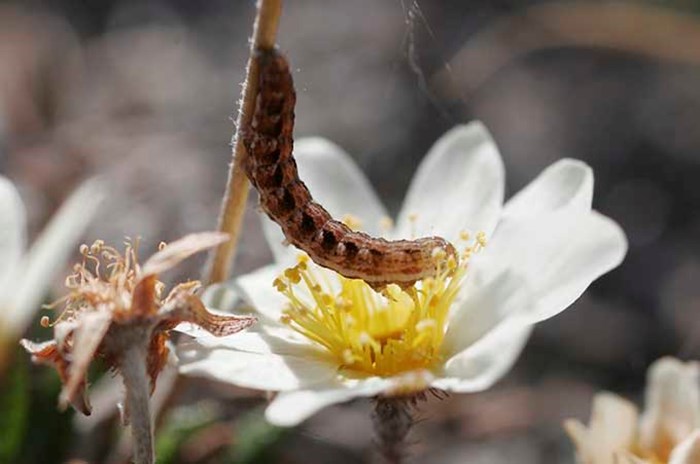 The larvae of the noctuid moth, Sympistis zetterstedtii, feed on the pistils and stigmas of Dryas flowers, in particular during night time. Photo: Tuomas Kankaanpää 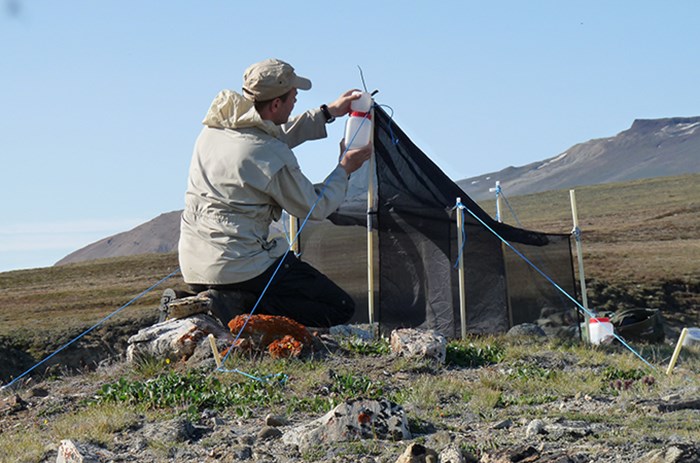