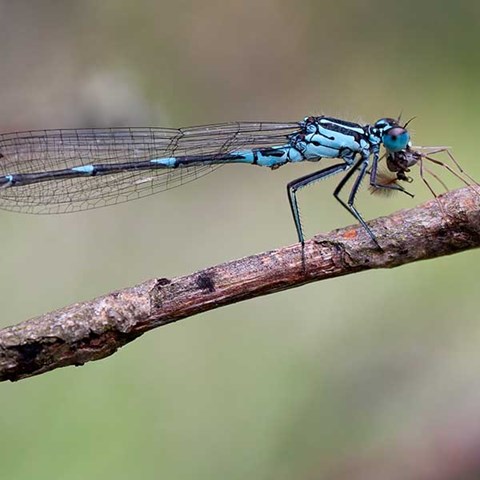 What is on the menu for damselflies – here Coenagrium pulchellum? Photo: Tuomas Kankaanpää.

No species is an island – instead, every species is immersed in a tangled bank of interactions with other species. The structure of such interaction networks is likely to affect both species- and community level changes over time (i.e. dynamics), responses to global change, and ecosystem functioning. For this reason, we invest much effort in trying to understand interaction structure in natural communities. In our work, we target all types of interactions, from competition to pollination to trophic interactions. The ultimate aim is clearly to combine them all.

Who interacts with whom?

Within large communities, any species can theoretically interact with any other species. With thousands of species, figuring out who actually does rapidly becomes unwieldy. One solution is using traits as proxies – figuring out what kinds of species will interact with what other kinds of species; what unites those species who do as compared to those which do not. This is something which we have invested much interest, work and effort in. We have found that body size provides part of the explanation, but also that different types of traits beyond size may dominate in determining different steps in the interaction between two species. Thus, highlighting the different steps in an interaction, and pin-pointing the traits which really matter in each step, can clarify an otherwise next-to hopelessly confusing network of interactions. 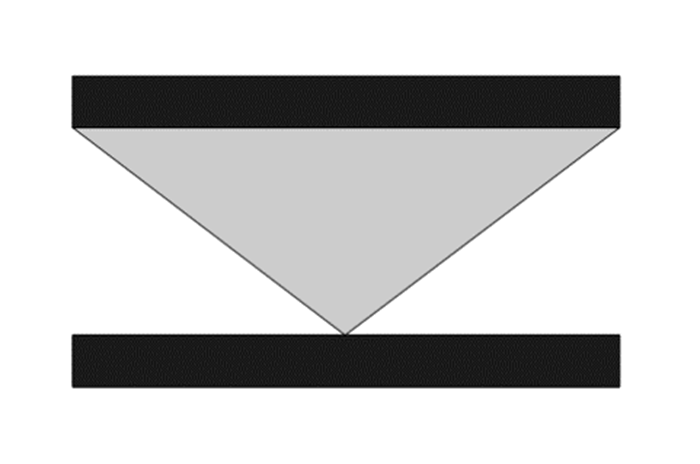 To understand just how quickly interactions increase with increasing species richness, consider in how many ways one predator (top) and one prey species (bottom) may interact. There is only one way. 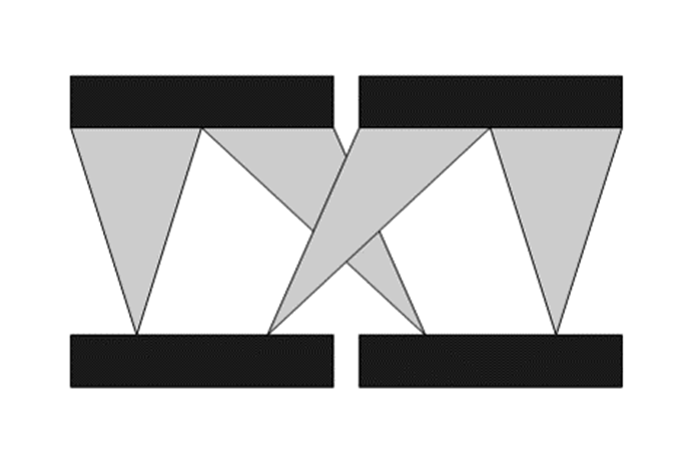 Now make it two species at each trophic level. They can interact in for different ways. 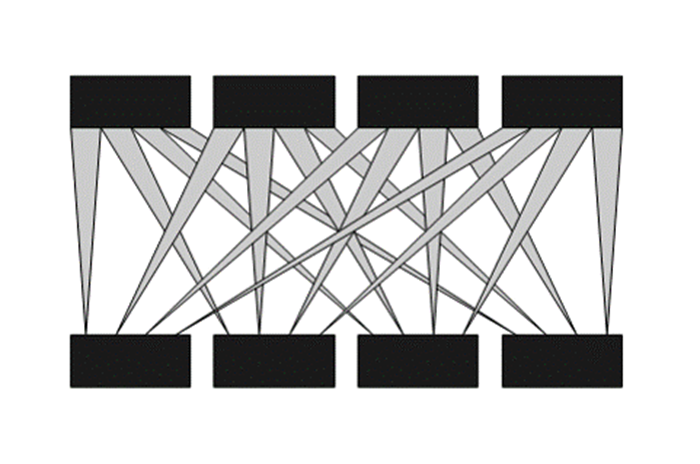 With four predators an four prey species, we already get 16 combinations. 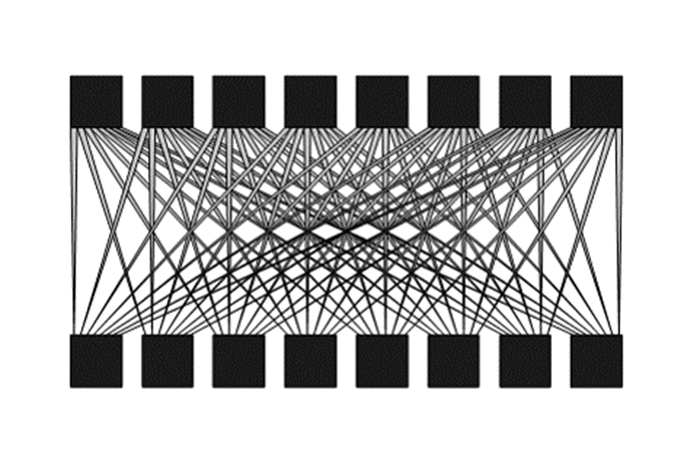 With eight species at each level, we get 64 combinations. 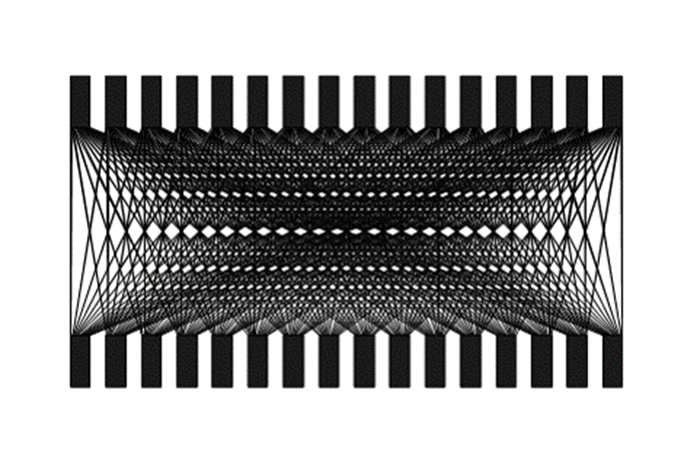 And with only 16 species at each level, we get 256 combinations. Now consider in how many ways the ca 50 000 species of Sweden may interact…

Realized population and community dynamics as the acid test

To claim an understanding of how interaction structure really matters, we need to show that our description of who interacts with whom also affects how populations build up over time. Nowhere is this more important than for insect pests and their predators. To test our ideas of who affects who, we use simplified communities of predators and prey with different characteristics. Success has varied, but we think we are getting there eventually. 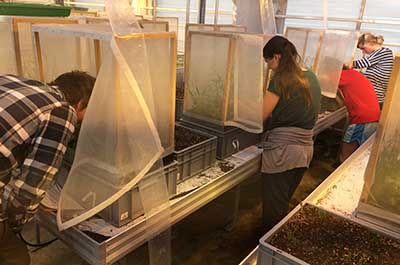 To test our understanding of how food webs work, we constructed our own food webs of aphids and their predators, then counted how many aphids we got in the cages. Photo: Kate Wootton.

Most interactions are hard to observe. Thus, most food webs to date have been built on educated guesses (also known as expert knowledge) of who interacts with whom. With modern techniques, we can do better than that. As a part of our longstanding interest in applying DNA-based tools for identifying species, we apply DNA-based tools for establishing who eats whom from gut contents or droppings. Importantly, the method used has a transformative impact on the network perceived – and promisingly, the methods can be reliably applied to droppings as small as those of the insects themselves. In 2017, we hosted the 3rd Symposium on Ecological Networks and 3rd Symposium on Molecular Analysis of Trophic Interactions in Uppsala, and edited a special issue on this for the key journal Molecular Ecology.

Phenology – it is all about timing

For species to interact, they need to coincide in time. Now nature’s calendar is shifting. In the worst case, this may result in species which used to interact shifting out of synch. A predator and its prey may no longer coincide – and maybe the prey then breaks out and devours its host plant? Or maybe plants and their pollinators no longer co-occur, hampering pollination? We are particularly interested in how climate change shift communities, and interactions within communities. Two study systems allow us to approach this: arctic insects and insects (and other organisms) associated with long-lived trees such as oaks.