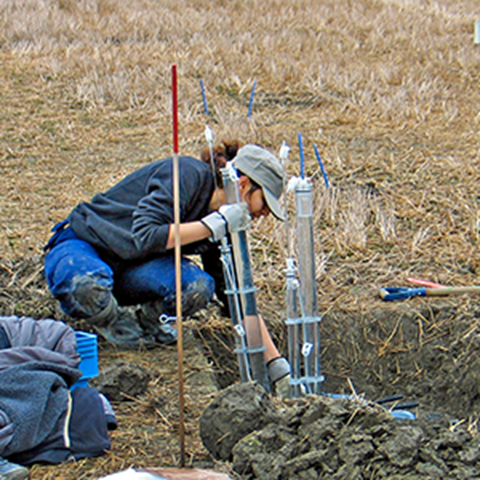 Here, you can find doctoral theses from the Department of Soil and Environment.

Benjamin Gossweiler
Impacts of land use change on river streamflow and water quality in a semi-arid catchment. Assessment of catchment under rapid and uncontrolled urbanization

Workneh Bedada Compost and fertilizer - alternatives or complementary? management feasibility and long-term effects on soil fertility in an Ethiopian village

Dissertations at the Department of Soil Sciences 2002 - 2007

Fantaw Yimer
Soil properties in relation to topographic aspects, vegetation communities and land use in the south-eastern highlands of Ethiopia

Helena Bengtsson
Nutrient and trace element flows and balances at the Öjebyn dairy farm: aspects of temporal and spatial variation and management practices

Mykhaylo Vinichuk
Radiocaesium in the fungal compartment of forest ecosystems

Gunilla Jansson
Cadmium in arable crops: the influence of soil factors and liming

Caroline Rothpfeffer
From wood to waste and waste to wood: aspects on recycling waste products from the pulp mill to the forest soil

Mulugeta Lemenih
Effects of land use changes on soil quality and native flora degradation and restoration in the highlands of Ethiopia: implications for sustainable land management