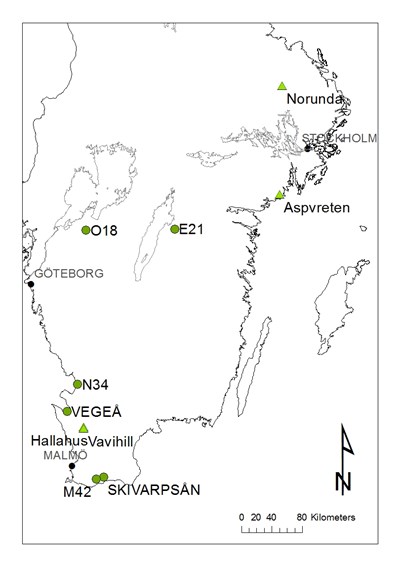 The environmental monitoring of pesticides is conducted primarily in four small catchments (8-16 km2), each representing a major agricultural region in Sweden. The catchments are situated in Skåne (M42), Halland (N34), Östergötland (E21) and Västra Götaland (O18). The areas are referred to as model catchments because they can be viewed as representing typical agricultural areas within each region. All four catchments are comprised of ca 90 % arable land. Within each model catchment, surface water and sediments are sampled within the stream that drains the area, and groundwater is sampled from 3-6 meters depth. The farmers within the model catchments are interviewed each year to collect information about the crops that are being grown and which pesticides are being used. The reported pesticide usage is compared to the pesticide occurrences detected in the surface water that drains the area. Based on this data, the loss of pesticides from arable land is calculated.

Pesticides in precipitation (since 2002) and air (since 2009) are collected at Söderåsen in Skåne (Vavihill/Hallahus). Since 2009, precipitation was also collected at Aspvreten outside Nyköping. This location has now been replaced by Norunda, north of Uppsala, since 2017. 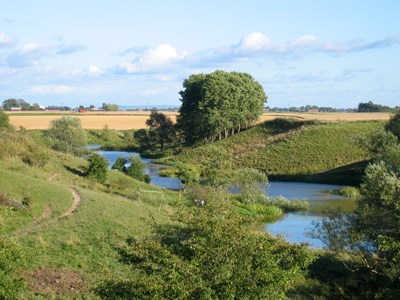 Sampling of surface water in the model catchments is automated, by ISCO-samplers that are programmed to take a subsample every 90 minutes. Subsamples are combined into weekly samples that show which pesticides have passed through the sampling station and what their average concentration was during the week. These samples are collected from May to October, the period when most pesticide applications are done in Swedish agriculture. For the model catchments in Skåne and Halland the sampling continues throughout the year, but with less frequent subsampling and composite samples taken out every two weeks. These samples are collected to examine if pesticides are leached from arable land during the winter months.

Surface water samples from the larger streams/rivers are collected as grab samples by submerging bottles into the stream once or twice per month between May and October.

Groundwater samples are collected four times per year and sediments once a year. 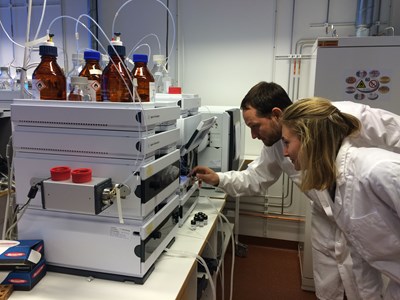 All analyses are performed at the accredited laboratory for organic environmental chemistry (OMK) at the Department of Aquatic Sciences and Assessment, Swedish University of Agricultural Sciences. Samples from surface water, groundwater, and precipitation are analyzed for around 150 pesticide substances. For air samples and sediment samples around 110 and 100 pesticides are analyzed, respectively. The selection of substances to be included in the analyses is based on the usage in the model catchments and in Sweden in general, the mobility of the substance in soil, and the toxicity for aquatic organisms. All pesticide substances listed as prioritized within the water directive that are deemed relevant are included in the analyses. 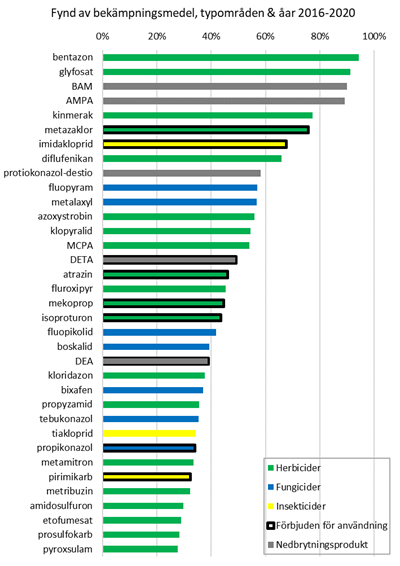 Earlier, the results from the national environmental monitoring were compiled in an annual report, which can be retrieved as a PDF at the Publications page (in Swedish). Now the results in form of figures, tabels and text can be found on the Pesticide data page. From this page, you can also download raw data.