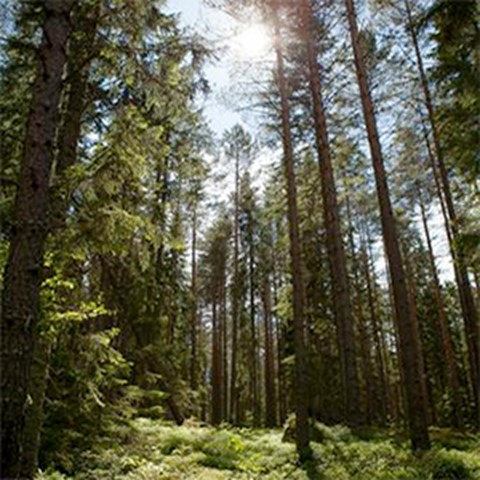 It has been known for a long time that greenhouse gas emissions from human activities are the reason for the climate change that has been observed during the 20th century. Since the entry into force of the Climate Convention, and especially after the Kyoto Protocol came into force, efforts have been made to reduce emissions. The goal of reduced emissions is to minimize the interference with the climate system and the effects on ecosystems and society.

The latest international agreement on mitigation of climate change was made in Paris and is currently signed by 194 parties (countries or groups of countries such as the EU). Read more about the Paris agreement at the UNFCCC web page.

Land use, Land Use Change and Forestry

In the slide show below you will see the development of emissions and removals from the Land use, Land Use Change and Forestry sector. The largest uptake of carbon dioxide takes place in live biomass and soil organic carbon. Over time, the total increase in the sector has increased, mainly due to increased net uptake in living biomass on forest land. Read more about in the blue box "SLU calculates and reports emissions and removals from the land use sector".

For all managed land (Forest land, Cropland, Grassland and Settlement), changes in carbon pools are reported for living biomass above and below ground, dead wood, litter and soil carbon.

Reporting and accounting under the Kyoto Protocol

For reporting and accounting under the Kyoto Protocol, activities rather than land use categories are reported. But also for these, carbon stock changes and other emissions are reported in a similar way as presented above. During the second commitment period of the Kyoto Protocol (2013-2020), Sweden accounts for emissions and removals from Afforestation/Reforestation, Deforestation and Forest management. Within the EU's internal burden sharing, emissions and removals from the LULUCF-sector are not included.

Basis for reporting the LULUCF sector

The main sources of information for the reporting of the LULUCF sector are the National forest inventory (NFI) and the Soil inventory (SFSI), both carried out by SLU. From the NFI and the SFSI, statistics on areas for reported categories and activities are collected, as well as carbon stocks for several of the reported carbon pools. Data for the calculations in the LULUCF sector are also obtained from Statistics Sweden, the Swedish Forest Agency, the Swedish Board of Agriculture, the Geological Surveys of Sweden, the Swedish Civil Contingencies Agency and the Swedish Meteorological and Hydrological Institute.

Emissions and absorption from the LULUCF sector 1990-2015

The slideshow on this page shows the development of emissions and removals from the LULUCF sector. The largest uptake takes place in living biomass and soil carbon. Over time, the total net removal in the sector has increased, mainly due to increased uptake in Living biomass on forest land.

We are working with the greenhouse gas inventory

Sweden's reporting to the UN Climate Convention and the EU

The development of emissions and the commitments made by Parties to the Kyoto Protocol and within the EU are monitored by reporting annual emissions and removals of greenhouse gases to greenhouse gases to the Climate Convention and for EU member states to the EU Commission. This is completed in accordance with decisions taken under the Climate Convention and within the EU using methods developed by the IPCC(Intergovernmental Panel on Climate Change).

Today, emissions and uptake of greenhouse gases are divided into five different sectors:

Since 2001, SLU has provided information for the reporting of emissions and removals from the land use sector. Read more about reporting at the Swedish Environmental Protection Agency.

The Swedish Environmental Protection Agency is the responsible authority for Sweden's reporting under the Climate Convention and the EU and has commissioned the SMED consortium (Svenska MiljöEmissionsData) to produce the necessary information to fulfill the annual reporting. SMED includes SLU, SCB, IVL and SMHI, where SLU is responsible for reporting the land use, land use chane and forestry sector (LULUCF).

The reporting follows the requirements and guidelines agreed under the Climate Convention and the Kyoto Protocol. Read more on the web page of the Swedish EPA.