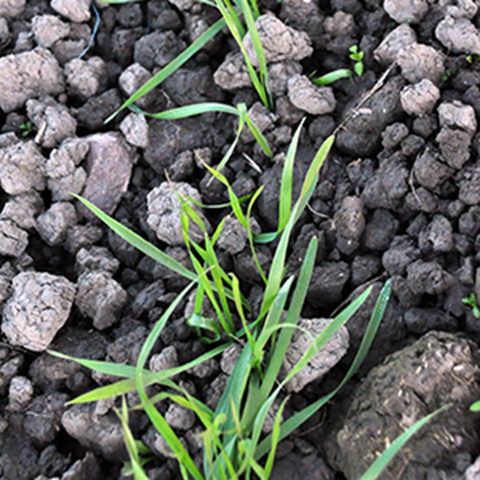 We have 24 field experiments running in the national program, the R-3 series, supported by the faculty. Electronic database technology and systematic sample archiving of crop and soil samples have broadened the possible range of studies.

Guide to the trials (pdf)

Soil organic matter develops differently in cropping systems with only cereals and cropping systems with grass/clover ley. In the R3-0020 experimental series, the effect on soil organic matter from a crop rotation with only cereals is tested at four different levels of nitrogen addition. Additionally, the effect of removing the straw versus leaving it in field is tested. In the R3-0021 experimental series the crop rotation instead consists of three years of ley, followed by re-sowing of grass/clover with barley as cover crop, and three year of ley again. Treatments consist of four levels of nitrogen. Both series has experiments on four locations: Lanna, Lönnstorp, Röbäcksdalen and Säby.

The availability of soil phosphorus is strongly dependent on the soil chemistry. In this experiment different levels of phosphorus fertilization is tested on soil that has received no lime since the 1940’s, and soil with various levels of liming. These series consists of two experiments, both located at Lanna.

The long-term development in soil organic matter and crop yields is tested by different regimes regarding liming, nutrient addition, and handling of crop residues. The liming treatments consists of no liming, liming to 70 % base saturation, and liming to 100 % base saturation. The nutrient treatments consists of three levels of NPK addition, and the crop residues are either removed or left in field. There are two experiments, located at

When farms without livestock became more and more common in the 1950’s, concerns were raised about the sustainability of these farming systems. In these extensive national experimental series two farming systems is compared, one with and one without livestock, at various levels of nutrient additions. R3-9001 consist of ten experiments in south and central Sweden, and R3-2037 consists of two experiments in the north of Sweden.

Addition of organic materials to soil, creates different conditions for the soil microbial life. One trial with 2*2 m large plots surrounded by steel frames was started in 1956. The aim was to follow the development of soil properties and crop yields after long-term addition of various organic materials such as animal manure, sewage sludge, biogas digestate, etc. Since the soil volume in these small plots are limited, a parallel field experiment with larger plots was started at Lanna in 1996.

More information about these series is available on the Swedish page.

Researchers are welcome to use the long term experiments. Contact the manager for the experiments if you want to use them for your own research. Please begin by reading the guidelines. Once you have reached an agreement with the coordinator you can fill in the application form.