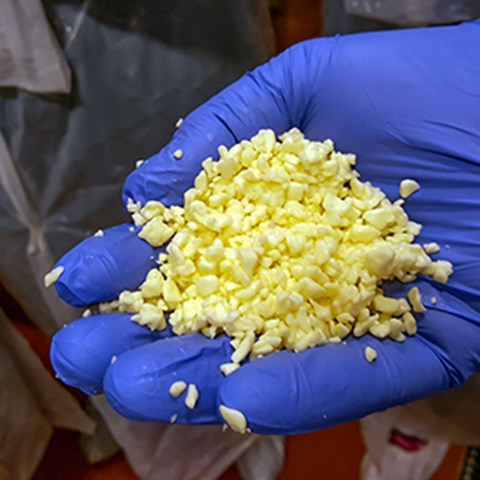 For sustainable dairy production, fundamental knowledge regarding the impact of on-farm factors on the quality of the raw milk and the resulting dairy products is needed.

We explore how production systems and management on the farm affect quality attributes e.g. the composition, microbial community structure and technological properties of the raw milk. All these aspects will have consequences for the appearance, texture and flavour of the resulting dairy products and affect consumer acceptance.

We believe that integrated quality management in the whole dairy value chain, from fork to farm, is the key to sustainable dairy production. Our goal is to find new quality attributes of the raw milk that correlate with, and can be used to predict the quality of the resulting products. We aim to contribute to efficient dairy production by development of tools for quality assurance and improvement of advice to dairy farmers on how to produce milk that benefit the manufacture of Swedish added-value dairy products. We achieve our goals in collaboration with other researchers and industrial partners. 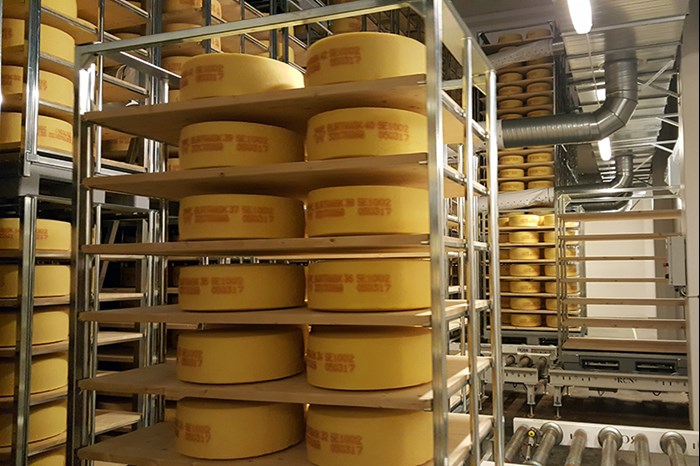 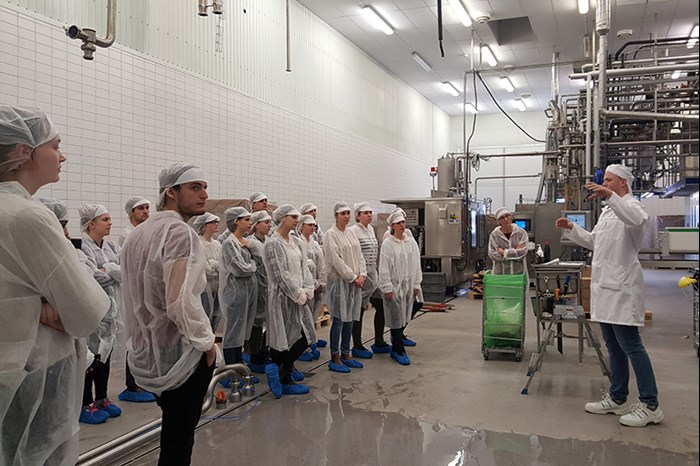 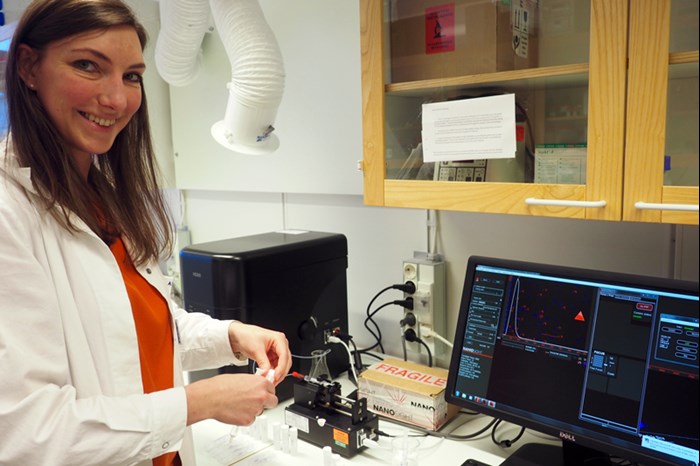 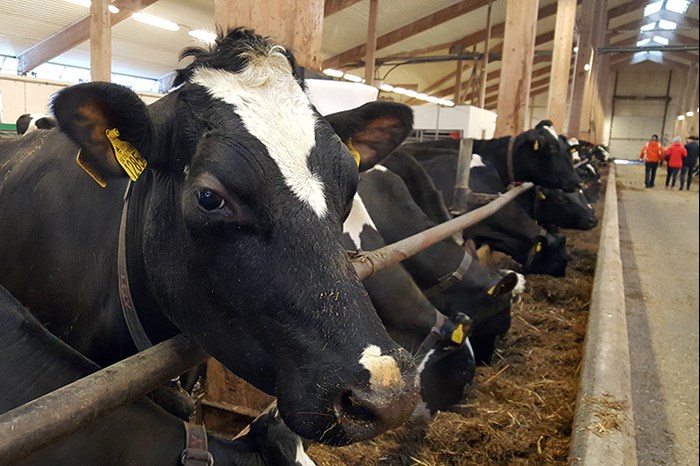 The most important partners in our research. Photo: Hasitha Priyashantha. 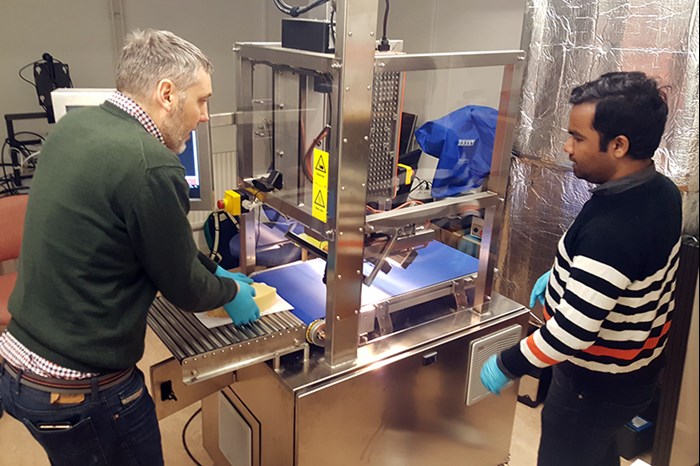 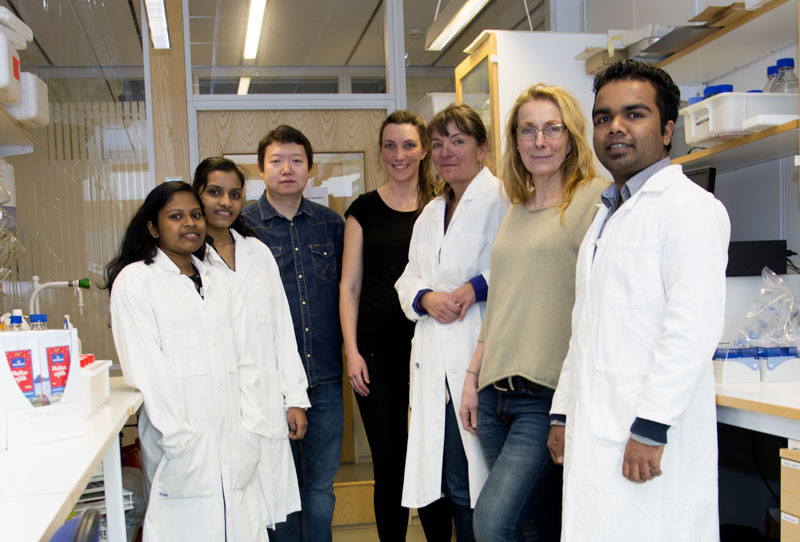 In the production of milk with a long shelf-life, the raw milk is treated at very high temperature for a few seconds, killing all microorganisms. The milk can therefore be stored at room temperature for several months. However, despite absence of food spoilage bacteria, variation in raw milk composition can have a significant influence on the stability and reduce the shelf-life of the product. With a better understanding for the consequences of variation in Swedish raw milk on product stability, and tools to predict the expected shelf life of the UHJT processed milk, in the future dairy processor would be able to make minor changes in the process or use milk for alternative products. The project is funded by SLU, Norrmejerier and TetraPak Processing. Read more about the project here.

The role of the natural raw milk microflora in cheese ripening, and the impact of on-farm factors on the type of bacteria that end up in the raw milk, is an important aspect of our research. This research is a collaboration between SLU, Norrmejerier and their dairy farmers in Northern Sweden. The production systems on participating farms, e.g. milking, forage production and management, housing etc. was characterized in detail during visits and by questionnaires during grazing and indoor seasons. Sampling of milk on farm and dairy silo level was conducted on a monthly level during one year. The resulting cheeses have been evaluated by a trained sensory panel and the final storage time for the cheese to develop its characteristic flavor has been registered. Data will be processed to evaluate correlations between farm management, composition of milk microbial community and flavor development in the resulting cheese. Results in the project will contribute to improving the advice to dairy farmers how they in the best way can produce milk that benefit production of longripened cheese. The project is funded by RJN (Regional jordbruksforskning för norra Sverige), Norrmejerier and SLU. Read more about the project here at the CV page of Li Sun  and Hasitha Priyashantha.

Cheese making is greatly influenced by factors e.g. the composition and properties of raw milk. In our research, we try to identify new quality traits in the raw milk that correlate with cheese making properties in a good way. For this we use both model studies and commercial scale cheese making trials. Clusters of farms showing similarities in different aspect have been formed, from which milk is collected and used for full scale cheese making trials. Aroma development in the resulting cheeses will be evaluated against raw mkilk compostition but also microflora composition (see project below). We try to improve our understanding about the cheese ripening process, which is a costly and often not fully predictable process. In this field, on-going work aims to develop novel, rapid, and non-invasive tools, including the application of NIR-HI (hyperspectral imaging), to predict cheese maturity, reducing the cost and labor of cheesemakers. The project is funded by the Family Kamprad foundation, Norrmejerier and SLU, also including collaboration with Växa Sverige. Read more about the project here.

In this project, we study the flow of bacteria, focusing on lactic acid bacteria, from forages, to the raw milk and finally to the resulting cheese. Using techniques based on DNA sequencing but also traditional culture dependent methods we study how on-farm factors in production and handling of silage affect the microflora of forages, raw milk and cheese, aiming to identify bacteria affecting ripening time, taste and texture of the long-ripened cheese. Based on data from recent projects, participating farms have been selected on basis of their production systems and raw milk quality. Clusters of farms showing similarities in different aspect have been formed, from which milk is collected and used for full scale cheese making trials. Aroma development in the resulting cheeses will be evaluated against microflora composition and on-farm factors, to identify relationships and bacteria in cheese that stem from forages on the farm. The project is funded by Stiftelsen Lantbruksforskning (SLF), the Family Kamprad foundation, Norrmejerier and SLU, also including collaboration with Växa Sverige. Read more about the project here at the CV page of Li Sun  and Hasitha Priyashantha.

The pursuit of the flavour producing lactobacilli throughout the dairy value chain; from forage plants to the matured cheese (2018-2023)

During cheese ripening, specific strains of lactic acid bacteria are important for development of the characteristic aroma components of a cheese. The overall objective of this project is to develop knowledge about the origin and occurrence of non-starter lactic acid bacteria (focusing on lactobacilli) in raw milk used for production of Swedish longripened cheese. How will factors e.g. the botanical composition of forages, the method used for production silage and milking systems on farm affect the content of aroma producing bacteria in the milk raw and the flavour of the resulting cheese? Is there a regional aspect in the composition of the raw milk microflora? Our goal with this project, as well as with our other projects, is to contribute to higher profitability of dairies and their farmers by integrated quality management throughout the value chain. The project is an industrial PhD project with Norrmejerier (SLU LivsID), initiated by the government. The project is funded by the government, Norrmejerier, SLU and Stiftelsen Lantbruksforskning. Thomas Eliasson is a PhD student in this project.

The average length of life for Swedish dairy cows, i.e. the longevity, is currently 60.5 months, which means that the cow has approximately 2.5 lactations. However, economic calculations have shown that the average cow has paid her rearing costs and begins to generate income earliest after the second lactation. This, since the average milk yield from first lactation cows is approximately 80 % of what the older cows produce during one lactation. A high somatic cell count (SCC) has been found to be one reason for selecting older cows for culling to make room in the herd for the pregnant heifers. SCC is often used as an indirect measure of milk quality but this can only be justified if SCC has a strong correlation with improved processed product quality and manufacturing efficiencies. The influence of raw milk quality based on SCC has been previously studied, but the results reported vary. It is known that average SCC increases with parity but it is not known if SCC and milk quality follows the same pattern in high parity cows as for cows in first and second lactations. It is therefore important to investigate the correlations between SCC and milk composition in different parities separately. Without such knowledge, there is a high risk that decisions on culling, based on level of SCC, will penalize older cows with the consequence that it will be impossible to increase the longevity of our dairy cows.

This project is part of a larger research programme funded by SLF and Arla Foods. We study milk quality attributes in cows of different lactations and evaluate effects on processing traits. Milk samples obtained from younger (lactation 1-2) and older cows (lactation ≥3) will be analysed with the aim to investigate if milk composition and processing traits change with age and/or lactation number. Collected milk samples will be analysed for gross composition and SCC, detailed milk protein profile, plasmin/ plasminogen derived proteolytic activity, milk coagulation properties, cheese yield, and heat stability. The project will generate important knowledge on raw milk composition and technological traits for milk from cows in different lactation stages.

Rennet is a mixture of the enzymes chymosin and pepsin naturally found in the stomach, i.e. abomasum, of young ruminants such as goat, sheep and cattle. Rennet makes the milk coagulate, and its biological function is to delay the passage of milk through the stomach of the young. By this, the digestion and absorption of the milk's nutritional components become more efficient. In food industry, rennet is used in cheese production. The cheese-making tradition is based on very old empiric knowledge, where mainly bovine rennet is used. The major part of the Swedish cheese is made by the use of animal rennet, produced by extraction from calf´s abomasum, but recombinant rennet (FPC, Fermentation-Produced Chymosin) is increasingly used. FPC is produced by genetically modified microorganisms, constructed to overexpress chymosin. Therefore, FPC has slightly other characteristics than calf rennet which is a mixture of chymosin and pepsin. Rennets from other animal species, such as goat kid and lamb, is completely missing on the Swedish market, despite the increasing number of dairy farmers, producing cheese from goat and sheep milk.

The goal of this project is to produce species specific rennets from goad kids, lambs and calves, bread and slaughtered in Sweden. The project includes production, evaluation and optimization of the rennets from these ruminants, as well as evaluation of their application in cheesemaking processes.

The project is ongoing until 2023-03-31 and is in a collaboration between the Swedish University of Agricultural Sciences (SLU), Swedish farmhouse dairy producers and Scandirenn Kemikalia AB. Contact person Monika Johansson

The project is part of the European Innovation Partnership, EIP-Agri, and is financed by the Swedish Board of Agriculture and EU.

Students who wants to do projects with us, both at bachelor and master level, are warmly welcome!

We can offer you projects in close collaboration with the industry. You are also welcome to contact us with your own project suggestion. Please contact Åse Lundh (contact details below) for more information. 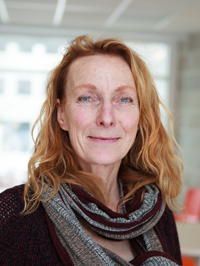