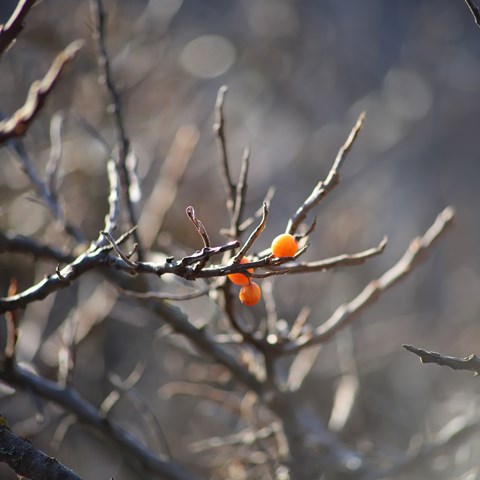 The value of research into the importance of nature to health generally remains high when compared with scientific studies into many other so-called alternative health and wellness methods. There are thousands of scientific studies all pointing to the same thing: nature helps, in many different ways! Nevertheless, nature-based health research rarely attains the same evidentiary levels (evaluation of scientific evidence) as, for example, that of pharmaceuticals. This is partly due to the fact that the generally accepted models of evidence evaluation do not work very well for research into nature and health.

Evidence is a concept that is used when talking about the probative value of different fields of research. Strong evidence is deemed to be present when carefully reviewed research shows that a treatment or drug works effectively against a particular condition or disorder. Moderate evidence is a step down in the probative evaluation. In this case, independent, critical researchers are quite sure of the positive effects of a treatment, but believe that more knowledge is needed. Weak evidence means that the research carried out in a treatment area so far, is not sufficient to be sure of the effect.

The evidence in the field of nature-based health research

There is strong evidence that the more you stay in green spaces (even in cities and urban areas), the better your mental health. According to international research, the positive effect is also achieved relatively quickly. It has also been observed that symptoms of anxiety and depression have also been clearly reduced. There are also credible studies showing positive outcomes for people with ADHD, post-traumatic stress, schizophrenia and other disorders.

Living near greenery is good for the health

According to several major international studies, people who are close to nature statistically are healthier, live longer and feel less stressed. The benefits of living near greenery are felt most keenly by people with the lowest socio-economic status in society.

Daylight, sunlight and outdoor air have a positive effect

Moderate exposure to daylight and sunlight is proven to be good for health. This partly relates to the formation of beneficial vitamin D in skin exposed to the sun, which is important for building up the body's cells as well as being probably beneficial in the prevention of cardiovascular disease, and partly to the fact that the light itself triggers important functions in the body and supports the natural circadian rhythm. It may, for example, help you sleep better and it also seems to protect you from serious illness.

Research suggests that outdoor air is another health factor. This also applies to urban environments, at least to stays in major parks and green spaces with many trees and bushes (which absorb and filter air pollution).

Outdoor activities are proven to help prevent children and young adults from becoming short-sighted. Most of the research has been carried out in East Asia, where the problem of short-sightedness is very great in children and young people. The reason is believed to be that they spend most of their time studying indoors and in front of computer screens and other digital aids.

Being outside is good for older people and children

Better quality of life, cognition (thinking, attention, memory, etc.), physical capacity and fewer symptoms of depression are just some of the positive effects identified by research in relation to the elderly. Nature stays also work well for children with behavioural problems and disorders such as ADHD. Research suggests children's motor skills and development are also improved by being out in nature.

Many researchers are interested in what sensory impressions in nature may mean for human well-being and calm. More relatively complex research is required to enhance evidential integrity.

Some of the soothing phenomena of nature identified by international researchers are the patterns of the nature environment that repeat themselves on different scales, so-called fractals. Studies have also been carried out into birdsong, both with regard to how the song of different species has an impact and in relation to birdsong combined with the scent of nature. The significance of pine-forest scents is being researched in countries such as Japan and China. Studies show that the scents not only trigger the body’s parasympathetic system, but also the immune system. These effects have also been observed by Swedish researchers here in the garden environment. They ask themselves, amongst other things: Does the positive effect have anything to do with the micro-organisms in the soil? More research is needed.

Nature can mean a lot for existential health. Comfort, inner strength, a feeling of connection in an undemanding environment are positive effects of nature stays that people have communicated to researchers in interviews and surveys in many places in the world. Since the World Health Organization (WHO) identified existential health as vital for the well-being of a person, more research will hopefully be carried out into this.

Research shows that there is a link between contact with animals and improved health. However, the studies carried out so far – most of them in the US, Canada, England and Australia – in the field of the health-, natural- and behavioural sciences, for example, are relatively small and are therefore considered to have limited probative value. People know that contact with animals can work well, but are less sure as to why this is. More research is therefore needed, including in Sweden.

However, the indirect effects that contact with animals often has, such as increased physical activity and increased social interaction, are undoubtedly beneficial to health.

The participants in an experimental study are exposed to a treatment, drug or similar therapy, and the researchers then study the outcome with the aim of determining and analysing the effect. This is the most common research method in the field of nature-based health research.

In the world of science, so-called meta-analyses are also highly regarded. They are conducted by a group of specialist researchers who search through research databases to find, for example, experimental studies on a specific topic, such as the role of the garden in health. From the studies they identify (and it may be thousands), they select the research which they consider to be of the highest quality (they first have to identify the criteria that must be met for the study to be considered high quality). When the selection is made, the results of the studies are processed using statistical methods to ensure, amongst other things, that chance plays no part. The more high-quality studies that have similar results and the larger the group of study participants, the better. It is also an advantage if the research has been carried out in different countries using different methods.

The comparison between the studies and the conclusions reached by the independent researchers – the meta-analysis itself – is then presented in a scientific article that is reviewed by other researchers before it is published in a scientific journal. The article is then searchable in a research database.

In addition to meta-analyses, systematic knowledge overviews are also carried out. These, too, give a good picture of the overall state of research, even if they do not contain a statistical analysis of the studies.

Among the experimental studies, the double-blind randomised controlled study is most highly valued. The participants are assigned to different groups, but only one group receives the treatment, whilst the others receive a placebo (like sugar pills) or nothing at all. Double-blind means that neither the scientists involved, nor the participants are told which group is receiving the supposedly effective treatment. (Single-blind studies are also available, where the participant does not know what treatment he or she is receiving, but the researcher does.) This type of study works well when it comes to medicinal products, but not when examining the effects of rehabilitation, physical treatments and similar interventions. This is because you cannot, for example, stay in nature, get a massage treatment or spend time with a dog without knowing it. It is therefore impossible to carry out 'blind' studies.

In the field of nature-based health, therefore, randomised controlled studies are key. In these cases, the participants are randomly assigned to one of two groups (randomisation): one group that receives the treatment being investigated and a control group (the control) that does not receive the treatment (or receives a different treatment). The groups should be as equal as possible to ensure that the results are ultimately reliable.

In what is known as epidemiological research, which includes cohort studies, statistics are studied with the overall aim of finding links between specific disorders and exposure to risk factors. In the best-case scenario, the results enable official bodies, for example, to take measures beneficial to the health of citizens.

In a so-called longitudinal cohort study, the researchers follow a distinct group of individuals (cohort) who share a common experience, such as living in a green area or smoking, over an extended period (longitudinally). Repeated measurements and checks provide statistics on the disorders the group members have, the age at which they die, etc. When the specified time period is over, the results are compiled and analysed.

In social science, interviews (individual or in groups), self-assessments on a survey form and similar important research tools are used. However, the actual design of questions and questionnaires is very important, not least in order to ensure that the expectations of the questioner do not influence the responses of the study participants.

In health and stress research, so-called validated surveys are often used, i.e. surveys where it can be easily confirmed that the participants have actually responded to the questions. The responses are then processed statistically by the researchers who draw conclusions from the results.

As with case studies, surveys or in-depth interviews with open answers have lower probative value as statistics cannot be derived therefrom. They can still be interesting as a complement to, for example, validated surveys or experimental studies, since they provide details and extend the study in a way that statistics and measurements cannot.

In the research world, with regard to research methods, the concepts quantitative and qualitative investigations/studies are also used.

A quantitative investigation involves collecting data and figures from, for example, a questionnaire with fixed response options, measurements from experimental studies or population statistics, which can then be analysed. The result is a kind of holistic picture and gives the researchers the chance to draw general conclusions on the subject being studied.

A qualitative investigation, for its part, is a method that can be used to extend a topic. The research team first conducts in-depth interviews, behavioural observations, group discussions or similar, and then presents the study participants' impressions, opinions and more in continuous text. This gives a more personal and detailed picture of what is being investigated.

The two research methods are used and function separately but are also often found in the same research study. They can then profitably complement each other.

Research in the Nordic region - some examples

What is needed to improve evidential integrity and advance research?

What is needed to improve evidential integrity and advance research?