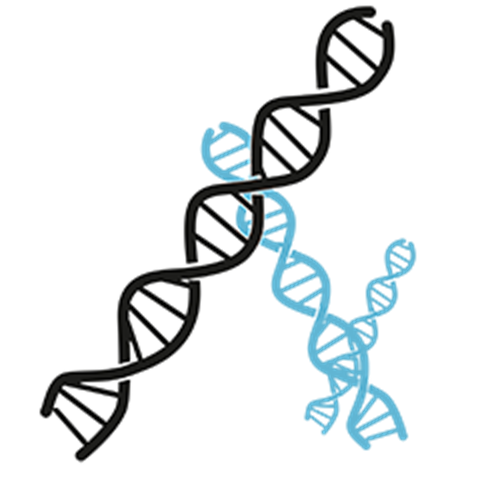 We study of the genetic variation in morphology, behaviour and physiology. Through the study of variation in the genome (DNA) it is possible to highlight issues related to species ecology, evolution and management.

Biological diversity can be found at several levels in nature - from ecosystems to genes. Within species there is significant variation at the genetic level. Genetic variation is essential if populations are to evolve and adapt in a changing environment. Those individuals who are most genetically adapted to prevailing environmental conditions in general succeeds best with reproduction, and their genes and features will therefore be passed on and become more common in subsequent generations.

It is variation at the gene-level that is responsible for the development of the bewildering diversity of life forms we see today. Without genetic variation the opportunity for further development is lost. Therefore, it is not difficult to realize the importance of preserving genetic diversity in nature

The genetic variation within a species is generally distributed both between individuals within populations and between populations (genetically distinct populations). Genetic differences between populations arise and are maintained by that individuals tend to return to their birthplace to reproduce. When reproduction occurs primarily between members of the same population, individuals will become genetically similar, and they will tend to diverge from other such populations. Adaptations to local environmental conditions enhance the degree of genetic differentiation, which could lead to those individuals who fall into the wrong environment (for example, as a result of fish stocking) may have difficulties to survive and reproduce.