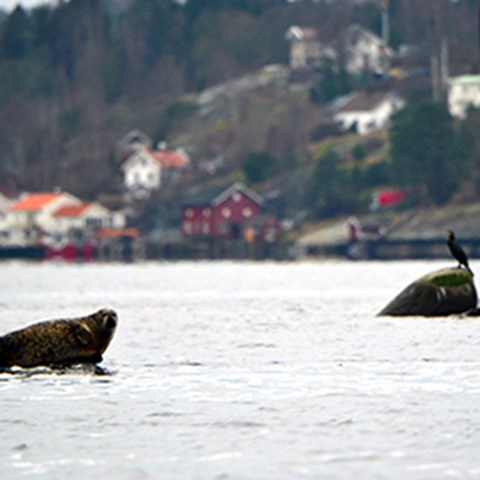 Seals and cormorants are controversial predators in Swedish waters. They feed at the top of the aquatic food webs, sometimes on commercially important fish species. Increasing populations of both seals and cormorants during the last decades, and their interaction with fishing gear, have contributed to conflicts with the fishing industry. They may also have an impact on fish stocks along the coast.

In order to understand the ecological role of seals and cormorants, and to be able to estimate the competition with fisheries, we collect information about their feeding habits. This will improve the knowledge of the predators feeding ecology, and we can, for example, examine whether seals and cormorants can have an impact on different fish stocks.

The food choice of the predators is often determined by examining the contents of stomachs and intestines from animals shot or found in fishing gear. To not only be dependent on deceased animals, and to be able to attain more material, we also investigate prey remains in e.g. faecal scats. Within the work on dietary analyses we include development of methods and use combinations of techniques. For example, fatty acids signature analysis, analysis of prey DNA remains and correction methods to account for digestive processes.

The research is partly financed by the Program Seals and Fisheries, which aim to develop methods that can reduce the conflict between seals and fisheries.