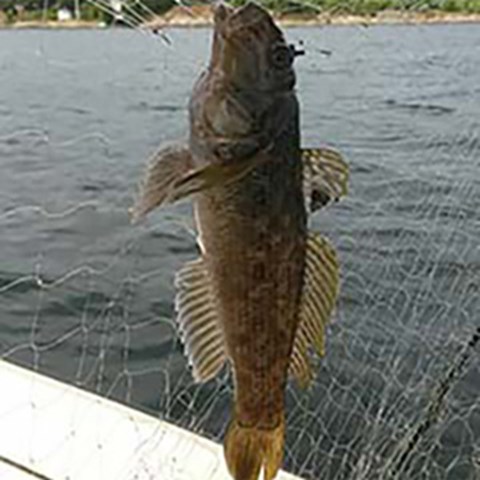 The round goby is increasingly common in Swedish waters. This invasive fish species can both outcompete and consume native species, having significant negative consequences for the ecosystem. At the same time, it can become a new food resource for both predatory fish, birds, and humans. In this project, we develop knowledge about how the round goby affects fish communities and ecosystem services, whether we can prevent the accidental spread of round goby through fish passage ways (e.g., fish ladders), whether it is possible to reduce their population size through fishing, and finally, whether native species can limit the invasion progression of round goby.

Our project aims to provide a better understanding of how the round goby affects fish communities and ecosystem services, how cost-effective different management measures are, and to measure how high of a risk there is for round goby to spread into different freshwater systems. We hope to develop new management tools and methods to prevent the accidental spread of round goby via fish passageways and to reduce their population sizes through fishing. We also want to increase knowledge about which native species could benefit from round goby (e.g., via consumption) and thereby further reduce the negative effects of round goby.

Work package 1 - Effects of round goby on fish communities and ecosystem services.

If it is possible to limit the spread of round goby in freshwater, adverse effects in inland waters could be avoided. However, the problem with preventing round goby from moving up and into rivers (e.g., with barriers) is that we also risk preventing native species from moving up and into rivers. Here we will use genetics to study which dispersal barriers best prevent round goby movement by studying such barriers in areas of Europe where the species is already established. We will also investigate the migration ability of round goby and study its behavior in artificial fish passageways.

Round goby often becomes a dominant species in the fish fauna in invaded areas. It is difficult, if not impossible, to eradicate it, but by limiting density, adverse effects could be reduced. One possible way to limit this species may be through intensive fishing. In this project, we will carry out pilot experiments together with fishers to study when, where, and how the round goby is best able to be caught. We will evaluate the effectiveness of different fishing gears and explore the possibility of commercial fishing, which would be an effective way to turn the risk of round goby into a resource.

Round goby can also be a valuable resource for piscivorous birds and predatory fish. To investigate whether natural predators could limit the density of round goby, we will both analyze the diet of predators in the wild and measure their predatory effectiveness in experiments. Monitory fishing data can also provide answers as to whether the presence of predators affects the development of round goby populations.

This is a large collaborative project between departments at SLU (Aqua, WFE), Lund University, and Umeå University. We also collaborate with researchers at other universities and we have an international reference group consisting of researchers, fishers, and managers. We are collaborating with Vattenfall as many of the experiments will be carried out at their research and development facility in Älvkarleby.

From SLU Aqua: Ann-Britt Florin is the project manager and leader of WP1 1; Peter Ljungberg and Yvette Heimbrand lead work package 3; and, Karl Lundström, Rahmat Naddafi, Jörgen Rask and Isa Wallin will participate. From SLU Wildlife, Fish, and Environmental Studies: Lo Persson leads work package 2; Erin McCallum is responsible for the genetic study; and, Gustav Hellström is responsible for salmon/goby experiments. From Lund University: Anders Nilsson and Anders Persson will be conducting the predator experiments. From Umeå University: Göran Bostedt is responsible for the economic analyses.

The project is conducted between 2021-2024 and is financed by Swedish EPA environmental science grant in cooperation with the Swedish Research Council Formas. 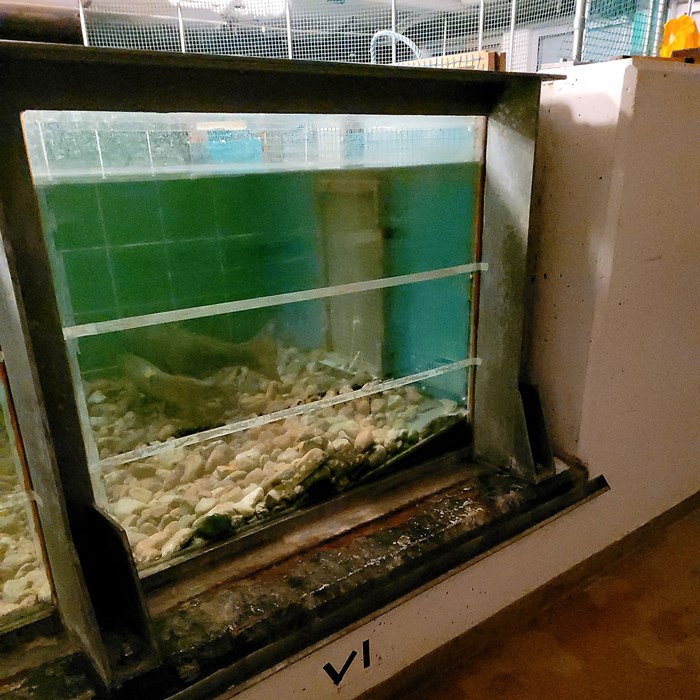 We examine if the behavior of spawning salmon in the Fluviarium at the Fisheries Research station is affected by the presence of round goby. 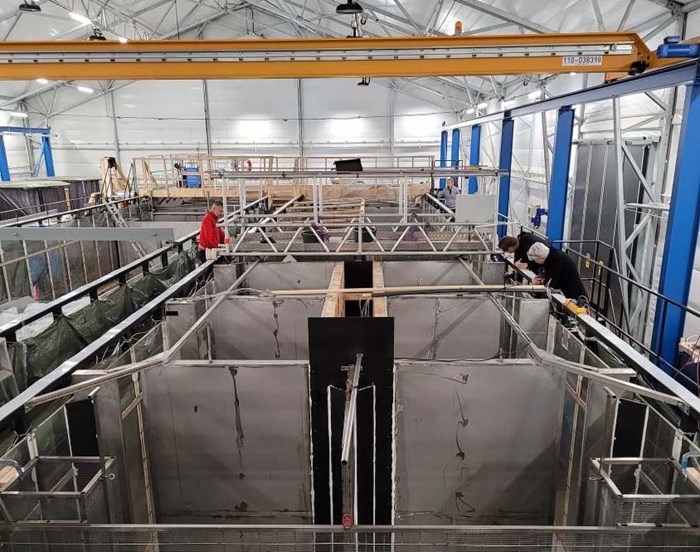 We investigated the migration ability of fish in an artificial fishpassageway bulilt by Vattenfall R & D in the Laxelerator in Älvkarleby. 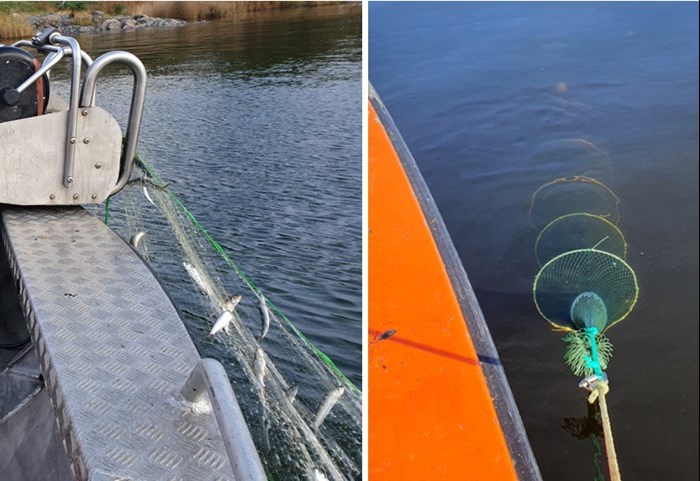 We assess the catchability of round goby with different fishing gears (left: Nordic Coastal multi-mesh gillnets and right: fyke nets) during different seasons and locations in the Baltic Sea. 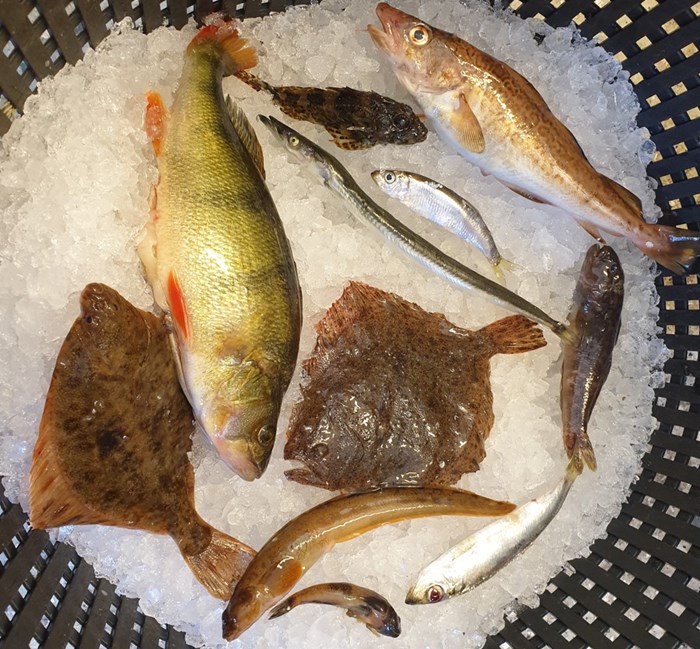 From timeseries of catch data from coastal environmental fish monitoring programs we can assess the optimum depth and mesh size for catching round goby as well as assessing which fish species that are caught as bycatch.

Research about management of invasive species.

Nine new science projects will strengthen the knowledge about best practice for management of invasive plants and invasive aquatic anaimal (in Swedish).