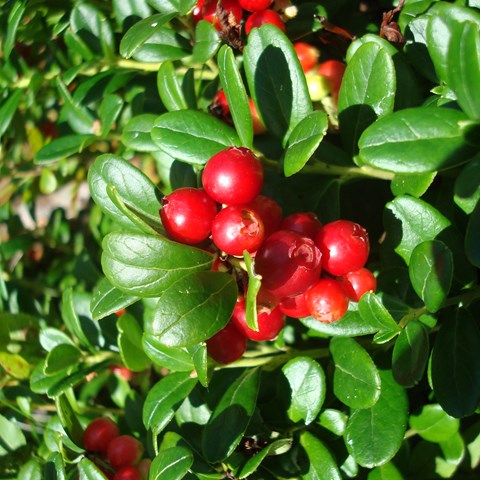 At the experimental forests in Asa, Tönnersjöheden, Siljansfors and Vindeln, phenological observations are made on birch, spruce and pine as well as on bilberry and lingonberry. Shoot development, autumn leaf coloring, leaf felling and flowering are followed on the trees, and flowers, unripe and ripe berries are counted on the berry species.

SLU is part of the Swedish national phenology network and our observations are reported in Nature's calendar. These phenology observations are part of SLU's ongoing environmental assessment and show weather-dependent seasonal changes, which in the future may be shifted by a changed climate. These observations can demonstrate the biological effects of climate change, but also be helpful for e.g. satellite image interpretation and frost risk assessments.

In the field work instructions, you can see how the measurements are made and the different phases in the development of the shoots and flowering, respectively, are defined. 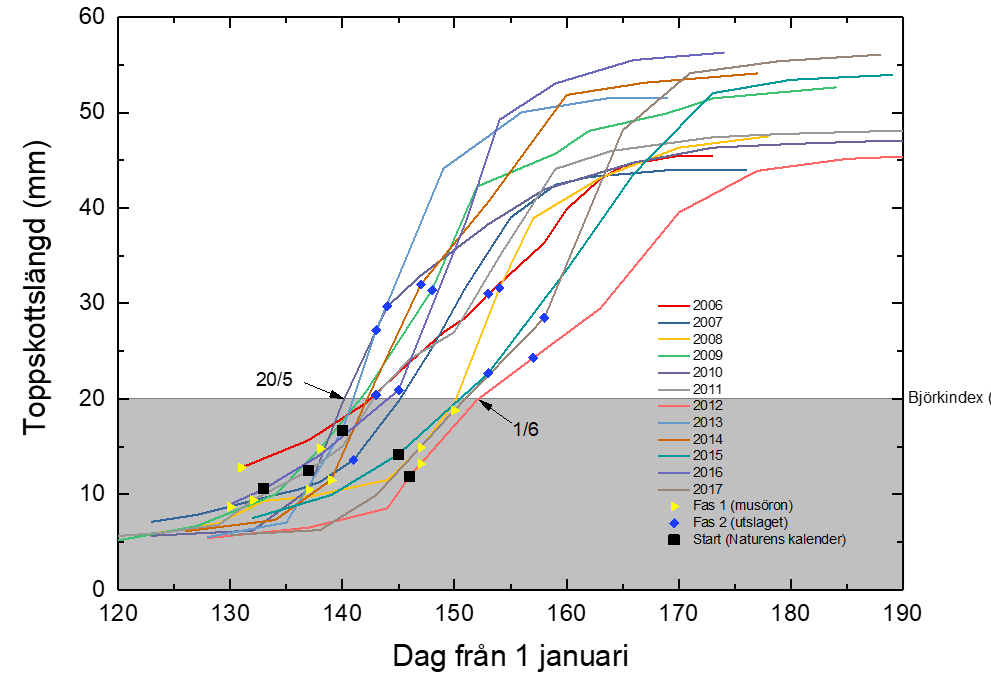 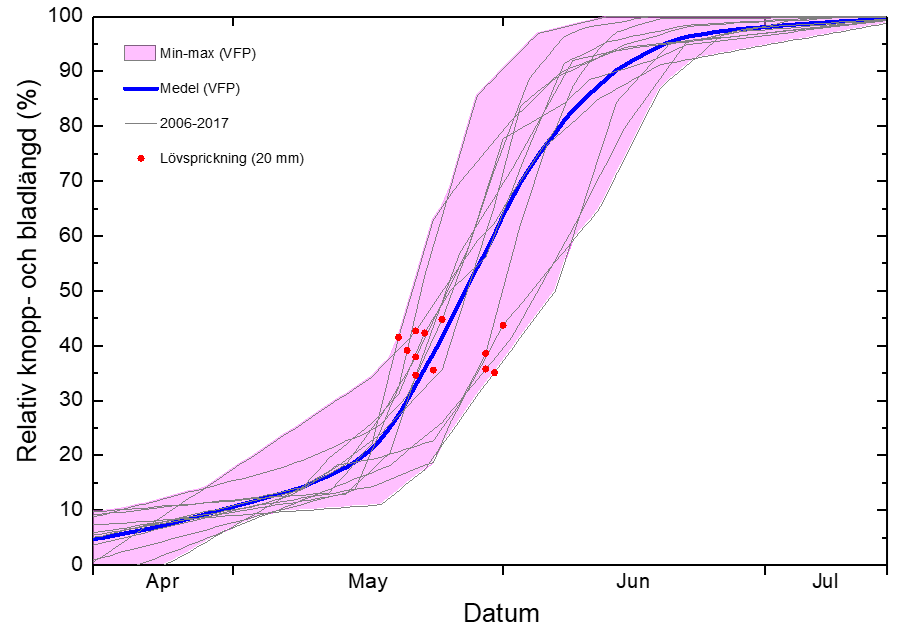