Women’s Entrepreneurship: For a living country-side? 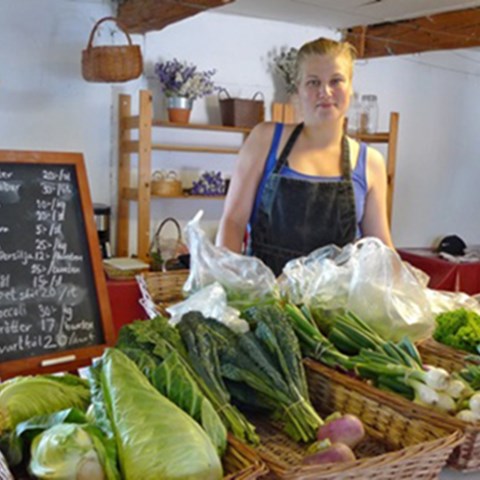 To reverse the depopulation and rural development, more companies and new types of companies are needed. Such companies grows in the tourism industry - farm-farm, eco-tourism, wildlife tourism, green care, cafes, and shops – but also IT-based, or profession-based, such as veterinarians.

What both research and rural policy misses is that these companies are often owned and/or run by women. Research usually thinks that the entrepreneur is a man, and business support, especially in rural areas, is aimed at industries where men are owners.

We believed that more knowledge about the women's entrepreneurship needs to be encouraged to stimulate rural development – enterprising that remains invisible can neither be valued nor supported. We made them visible.

Through a register-based study in collaboration with the REMESO research center, we charted how many they are, where they are in Sweden, what kind of companies they operate, as well as size and profitability. We found out which women own them – age, family situation, and country of birth.

We had reason to believe that immigrant women contribute significantly to entrepreneurship in the country and wanted to know what forms these companies take. We also studied the policy, through the rural devlopment program, to see to what extent, and in what way, the companies that women operate are present. In an interactive research process, we worked together with entrepreneurial women in the countryside in Småland. We interviewed entrepreneurs to find out more about their motives, terms and plans. Through dialogue seminars we, together with women, identified the problems they face in their entrepreneurship. These we saught to find solutions to, that can be of practical benefit to their businesses and how they can become a clearer part of local rural development.

In addition to working with customary research methods such as quantitative descriptive statistics and interviews, we documented the women's lives and conditions in films through so-called videographies. Together with the dialogue seminars, this was the basis for an interactive development method adapted to the development of women's entrepreneurship in rural areas.

In the final phase of the project, we combined the videographies into a documentary film that can be spread over the Internet as a training material but also directed specifically to different target groups. Through our previous research, we have established contacts with the Swedish Agency for Regional and Economic Growth, with county administrative boards, regional associations and with support organizations. Policy for women's entrepreneurship is channelled through these organizations. They need more knowledge about the conditions for women who are rural entrepreneurs. Similarly, the documentary film can be used to influence the debate on rural development and women's entrepreneurship. In addition, the documentary film, as well as the knowledge generated by the project, will be integrated into education at the higher education institutions (Jönköping, Linköping, SLU, Stockholm) where the project's researchers are active.

Summary of the results

A viable countryside with access to labor, jobs and welfare services is a current societal issue. The scope of entrepreneurship in rural areas is an aspect that may be important for the vulnerability of rural municipalities. The purpose of the report is to develop knowledge about women's entrepreneurship in rural areas, which can form the basis for stimulating rural development, gender equality and further research, for example through qualitative research methods.

The survey indicates that unemployment can be an incentive for entrepreneurship - somewhat stronger for foreign-born women than for women born in Sweden. Forest management and mixed agriculture are among the most common industries for both women and men in rural areas. In other respects, however, entrepreneurship is very gender segregated with regard to industry. The ten most common industries for women and men differ markedly. Women's companies are most represented in hair and body care, restaurant business, accounting and bookkeeping, consulting business regarding company organization, physiotherapeutic business and literary and artistic creation. Men's most common industries are more related to the rural context of land and natural resources. Women's companies are small, 76 percent are solo companies and profitability varies greatly. The industries where women's companies report the highest profitability are in the numerically male-dominated industries in the manufacturing industry. The results thus indicate gender segregation and hierarchy with regard to division of labor and resources.

Women in rural areas are more likely to be self-employed than employed if they are married, have children at home or have a lower level of education than post-secondary education. It can be interpreted as entrepreneurship being a solution for combining working life with responsibility for home and children. The disposable income of women entrepreneurs is on average lower than for women with employment, for men who are entrepreneurs and for men with employment. Being married means for women a lower disposable income, but for men a higher disposable income compared to not being married. However, the results show that it is not the individual-related factors that contribute most to differences in disposable income, but, industry and the number of employed. Male-gendered industries and large companies provide higher incomes. The overall conclusion is that entrepreneurship in rural areas is traditionally gender segregated and hierarchical, in terms of resource distribution. 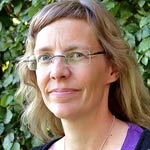 Read more about Katarina Pettersson on her CV page

Send an e-mail to: katarina.pettersson@slu.se