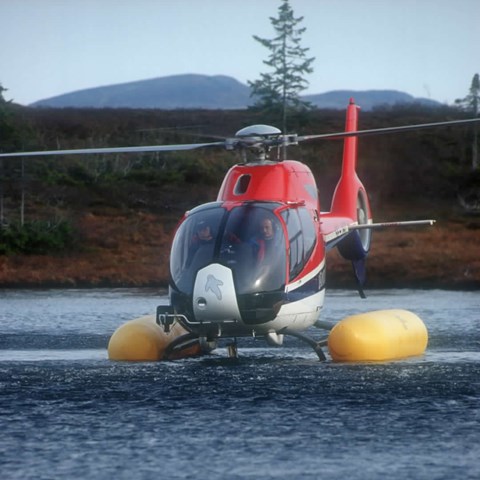 The sampling of the lakes within the cyclic low-intensity monitoring program is performed by helicopter due to the large areas needed to be covered within a short period.

The monitoring programme Cyclically low-intensity monitored lakes is part of the Freshwater programme of the Swedish Agency for Marine and Water Management (Havs- och vattenmyndigheten), within the national environmental monitoring.

The purpose of the cyclical sampling is to

The programme comprises water sampling for chemical analysis in 800 lakes every year, in a six-year cycle, such that the lakes are sampled once every six years. Thus, a cycle of six years covers in total 4800 lakes. The sampling occurs during the autumn circulation period. The lakes are selected to be representative of the whole area of Sweden.

The lakes are selected through stratified sampling from the lake register of the Swedish Meteorological and Hydrological Institute (SMHI), such that the results may be converted to describing the distribution of environmental states in all lakes of Sweden >0.01 km2