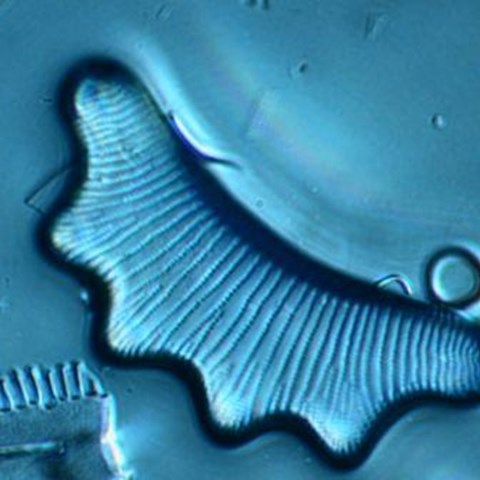 Diatoms are good bioindicators for the status class of running water and their use has been widely accepted in many countries, among others USA, Australia, Japan and Brazil.

Freshwater benthic algae are an assemblage of small and larger algae in lakes and streams connected to any kind of substrate such as stones and macrophytes. Diatoms are often the dominating group of benthic algae, and therefore play an important role as primary producers, especially in running water. They are an important part of the ecosystem, with a direct impact on other organisms.

Diatoms are recommended as bioindicators for most of European water types and are included in the Swedish national environmental quality criteria. Diatoms are currently only used for water quality analyses of running water in Sweden, but results from Central Europe indicate that diatoms indices will work also for lakes.

The following diatom indices are used for the Swedish national system for monitoring streams:

The European Water Framework Directive demands analyses of the absolute biomass of the benthic algae, which often does not add any useful information because of the high natural variation of algal biomass. To meet the demand of the Directive, it is possible to include a field survey of the benthic algal biomass in the field protocol. A survey of other periphyton than diatoms can help to clarify results gathered with diatoms, as indicator taxa can also be found in other groups.

Why are diatoms good indicators of water quality?