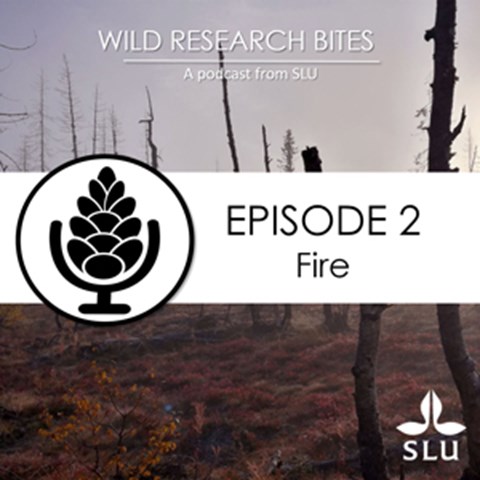 In this episode, Emelie and Olli are discussing fire in the boreal forest of Fennoscandia while also making comparisons to savanna ecosystems of South Africa. Why does it burn in the forest? What are the negative as well as positive effects of fire? And how have humans affected fires as a natural disturbance?

The situation during the summer of 2018 in Sweden and many other parts of the world regarding high temperatures, little rain, and many forest fires, was widely covered in mainstream media but seen only as a catastrophe. Emelie and Olli provide a more nuanced picture of fire as part of the ecosystem. Also, in an interview with researcher Anne-Maarit Hekkala who works at the Department of Wildlife, Fish, and Environmental Studies at SLU, the use of fire as a restoration method is discussed in detail. Anne-Maarit studied the effects of prescribed burning on insects and vegetation as part of her Ph.D. project in Oulu, Finland. After the interview, Emelie talks more about her own current Ph.D. project looking into long-term effects of fire and also comparing natural fire (wildfire) to prescribed burning. Other current research regarding fire is also brought up, such as a recent study by Frauke Ecke about a virus spread by voles that might increase when temperatures rise. It would not be a complete episode about fire without bringing up the comment from the current American president about raking the forest to prevent fire. What do the two Ph.D. students have to say about this?

The audio quality is a bit different in this episode since Olli was in South Africa when the episode was recorded.

Read more about Frauke Ecke's research an how to contact her