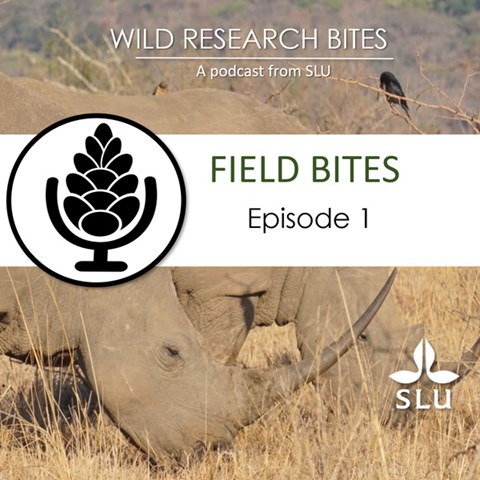 Olli is in South Africa doing field work for his PhD. Follow his reports from Hluhluwe-iMfolozi Park in this spin-off series Field Bites.

In this episode Olli introduces the new spin-off field series from the Wild Research Bites Podcast. He broadcasts from the Kwa-Zulu Natal Province of South Africa from Hluhluwe-iMfolozi Park, where he studies the impact of white rhino on soil carbon fluxes.

In this episode Olli outlines what his field season consists of as well as what the future episodes from the field will cover.

He will be engaging with researchers, field technicians and conservation practitioners in the coming episodes. 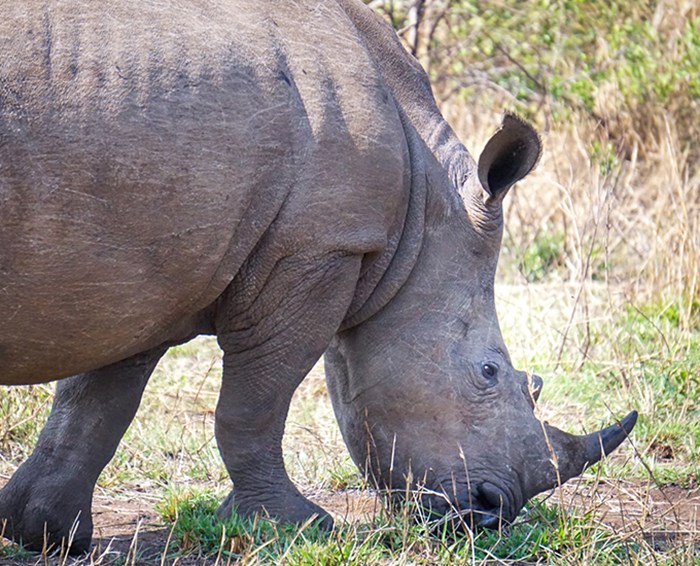 Ollis fieldwork consists of sampling soil in different rhino habitats and looking at how rhinos influence carbon storage in a soil. In this picture a white rhino is grazing on a recently burnt grassland utilizing the nutritious post-fire growth. Photo: Olli Hyvärinen