In February 2012 we marked 25 moose on the island Öland in Southern Sweden of which five moose were males. Öland is very special – in none area of our research projects, moose home range include so much arable land (> 50 %) than on Öland. Like other areas in southern Sweden, the island is free from natural large predator. Yet, local observations recorded unusual low summer survival of calves-of-the-year. To study this observation and to be able to follow calf summer survival more closely, we marked and weighted parts of the calves-of-the-year. To compare the calf summer survival on Öland with corresponding calf survival in other areas in Southern Sweden (which are free from large predators), we also marked parts of the calves-of-the-year in the reference areas around Växjö and at Öster Malma. Our results confirmed a low summer survival on Öland as suggested by local observations. Moreover, our results show that the island has a remarkable low summer survival of moose calves, which is in fact the lowest ever recorded world-wide for an area with large predators. By the end of 2017, 37 adult moose (30 cows, 7 bulls) have been marked on Öland, and we have been able to document the birth and survival of 106 calves. The project is basically finished, but some moose have still their devices. 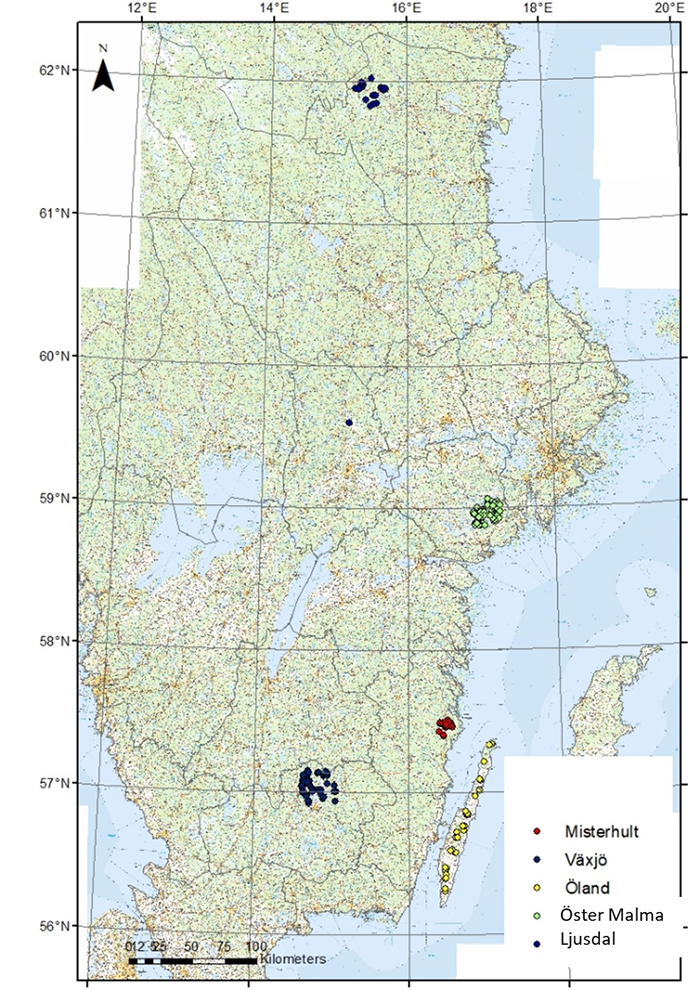 For more readings about calf summer survival on Öland, please check the work of Andrew Allen and co-authors:

For more readings about landscape change and female moose spatial distribution during the calving season on Öland, please check the Master thesis of Ida Olofsson