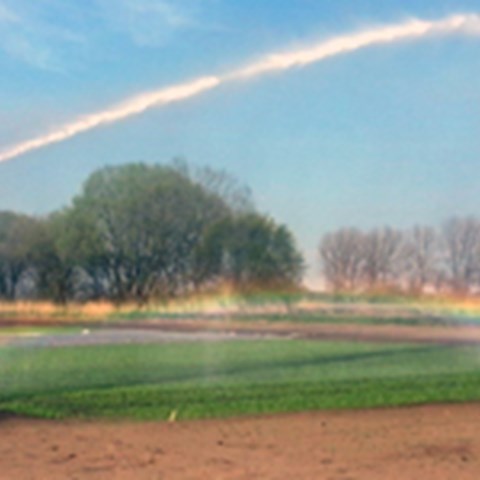 Control strategies including short fallow and cover crops, in an organic crop rotation with potatoes, carrots, onions and cereals

Nightshade and hairy nightshade are two problematic weeds. Both species build up a seed bank, requiring long-term weed control strategies. The project aims to evaluate the effect, primarily on nightshade in an organic cropping system with

The weed seed bank is reduced in the rotation through passive and active measures. As an active measure, a short fallow (stale seedbed) in July reduces the seed bank. Passive measures such as cover crops (phacelia, oilseed radish), autumn-sown cereal crops and ryegrass undersown into the cereals will suppress the weeds. Changes in weed population will be measured by determining the seed bank and by assessing the weeds in the field. This will help identify the control methods which in combination with the main and cover crops have the greatest effect on the weed's seed bank in the crop rotation and establish a sustainable weed strategy.

The initial crop rotation experiment, has been financed by Swedish farmers' foundation for agricultural research (SLF) and the Swedish Board of Agriculture, from 2014 to 2016. The new funding from SLU EkoForsk makes it possible to study the complete crop rotation cycle in total 6 years (5 year rotation + 1 year to study the end effect of the rotation with a cereal crop on the entire experimental field).

In this "continuation project", the same weed control strategy will be applied, but in order to reduce nitrogen leakage, the handling of cover crops will change through a modified tillage strategy. To increase nitrogen efficiency in the cropping system, the cover crops are harvested in late autumn and put into "the biogas bank". The nutrients in the digested residue are added back to a new main crop the following spring.

Final Report 2020 (in Swedish with summary in English)