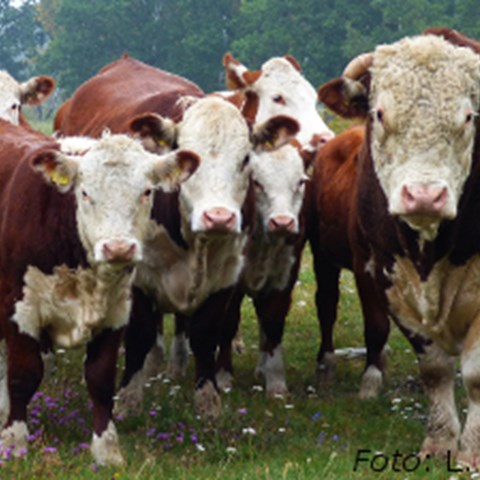 Animal welfare, i.e. the subjective experience of the animal and its biological functioning and adaptation to its current environment, includes all parts of an animal’s life. Although the time spent at the slaughterhouse is a relatively short period of livestock’s life, it has a major influence on the welfare of the animals.

At a slaughterhouse, livestock are exposed to a number of novel stressful factors such as noises, odours and interactions with unfamiliar conspecifics and humans. Besides negative effects on animal welfare per se, stress in animals prior to slaughter has negative effects on meat and carcass quality. Although the relationships between suboptimal handling of animals, animal welfare and meat quality may seem at least partly self-evident, research in this area is lacking.

The long-term aim of this project is to improve welfare and meat quality of pigs and cattle from organic production systems. This three-year project will be conducted in three steps with the specific goals to

Anna Wallenbeck
Researcher at the Department of Animal Breeding and Genetics;  Applied Genetics