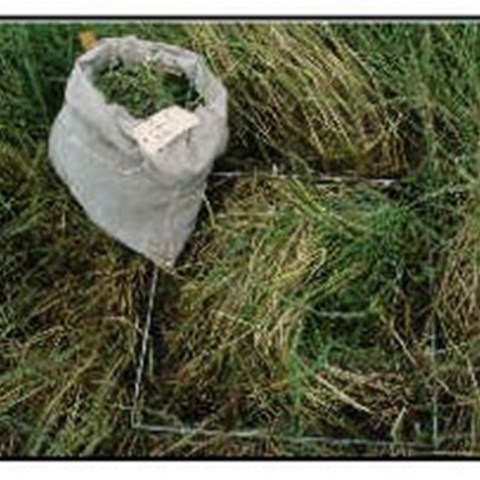 With emphasis on ley

Negative potassium (K) balances have been reported from ley-intensive organic cropping systems in both Sweden and other European countries. The reported negative K balances are often calculated for the entire crop rotation. When the K balance is calculated for the individual crops, it can be seen that for certain crops, e.g. cereals, K supply and removal are in balance or there is an excess of K. Ley crops on the other hand often have a large K deficiency.

In organic cropping systems, continual supply of K through mineral weathering is of great importance for maintaining long-term production capacity. We are studying this within the Formas-funded project 'Quantification of the Contribution of Mineral Weathering to Crop Potassium Supply for Sustained Long-term Production Capacity'. Since weathering is a slow process, the dynamics of the plant-available K fraction in the rootzone are of critical importance for crop K supply during the growing season. This is being investigated in this project.

Potassium is seldom so limiting that it has a negative effect on ley yield, but it affects the feed value of the forage (K concentration in grass can vary from 0.5 % to 4-5 % and both too low and too high concentrations are undesirable). Low K concentrations also decrease the overwintering ability of the ley and increase its susceptibility to diseases/pests. The aims of this project are to:

In 2002, the project was run in cropping system trials around Kristianstad (three sites; Önnestad, Östra Ljungby and Bollerup) where there are three organic cropping systems (one pure plant system without animals and two with animals (manure), of which one is biodynamic, i.e. uses composted solid manure.

The trials include six-year crop rotations where all the crops are grown each year, which makes it possible within a season to sample the insown crop, Ley I, Ley II and Ley III (3-year leys only in Östra Ljungby) on the same soil and in the same climatic conditions.

The results are being evaluated as time trends where the different cropping systems and crops are being compared. Based on the 2002 results and experiences from the literature and from commercial growing within and outside Sweden, field trials with various K manuring strategies for organic growing were established in the 2003 growing season. These trials are situated on documented K-deficient soils in existing ley crops and research is being carried out in collaboration with the Rural Economy and Agricultural Societies throughout Sweden and other actors.

In a ley crop where 2-3 cuts are made per year for 2-3 years, the interplay between crop requirements and uptake, the ability of the soil to deliver K, the timing of fertilisation and the availability of the K in the fertiliser are decisive. The growth of the ley crop occurs during a short period of the year and the content of K in the crop is highly dependent on access to plant-available K in the soil. It is difficult to reserve fertilise with K because grass in particular has the ability to 'overconsume' K - i.e. if a certain amount of K is supplied in the form of manure at insowing and is intended to be sufficient for the insown crop and the ley for the whole of the first year, there can be problems with low K concentrations in the second and third cuts due to excessive K uptake in the first cut.

The articles below were also included in Ylva's PhD thesis: