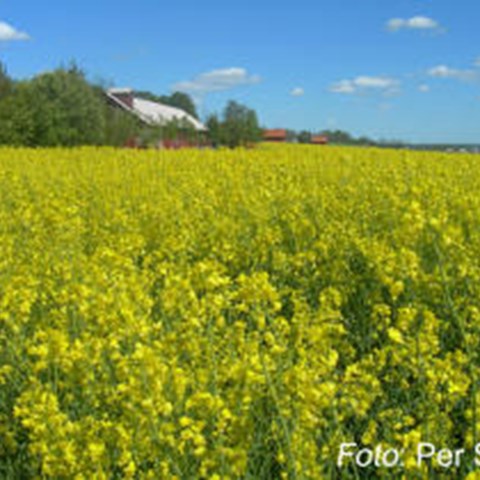 Nitrogen management based on precrop and site

The aim of this project is to investigate the possibilities of, and to develop methods, for precrop- and site-adjusted nitrogen application in organic winter rape growing. This will be done in field trials where we investigate the effects of nitrogen levels under varying conditions in order to quantify basic yield, yield potential and nitrogen requirements in relation to soil parameters. We intend to show how nitrogen uptake in winter rape is dependent on nitrogen mineralisation from the soil and to quantify the variation between sites. Factors affecting the amount of nitrogen uptake and soil mineralisation will be identified, documented and quantified. The objective will be to produce decision support data regarding nitrogen fertilisation of winter rape.

The study will consist of eight field trials per year for two years in southern and central Sweden, where nitrogen will be supplied in different amounts and strategies in the form of Vinasse, which has had good effects in the spring on autumn-sown crops.  Various precrops (leys, cereals, peas, green manure leys, field beans)

The trials will be laid out in existing crops in order to ensure a uniform crop stand. Each site will be documented with respect to:

The status of the crop stand in all plots will be determined in autumn and at the bud stage by hand-held nitrogen sensors and at each site crop samples will be cut on these occasions.

Plant nutrient supply is a key question in organic production of winter oilseed rape (Brassica napus L). The variation in practical cultivation is great and yield levels vary widely, while there is also a lack of knowledge regarding the need for, and profitability of, fertiliser inputs under different conditions, e.g. different precrops.

Utilisation of manure and other residues as fertilizers. NJF Seminar 443. 29-30 November 2011.