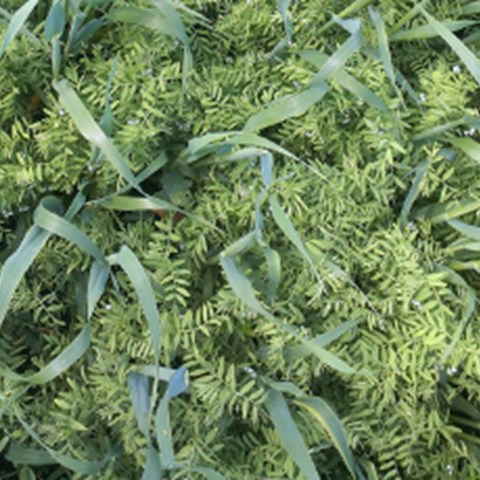 Cultivation strategies for production of an attractive food crop

In collaboration with: Per Modig, HIR Skåne AB, Kristianstad, Sweden

This project will investigate possibilities to increase the Swedish organic production of lentil; a food legume that is perceived by many consumers as healthy, tasty and easy to cook, but for which almost all current Swedish consumption is based on import.

The weather and soil requirements for lentil cultivation are similar to those for pea, which means that lentils could potentially be grown on large areas in Sweden. However, due to their weak stems and low competitiveness against weeds, lentils are often overgrown by weeds – especially in organic production – and difficult to harvest due to lodging. Intercropping lentils with cereals, for example oat, improves the crop’s competitive ability against weeds at the same time as the cereal plants provide support that reduces lodging.

With the aim to improve yield stability of lentils in organic production, this project will use field experiments at SLU Alnarp and Hushållningssällskapet Skåne to investigate how intercropping with different supporting crops (e.g. cereals, other grain legumes or other crops) combined with different methods for mechanical weed management influence weed abundance and lentil yields. Selected intercrop combinations and weed management strategies will also be evaluated in demonstration trials in farmers’ fields.

The results of the project will provide knowledge for increased Swedish production of lentils in organic production, which in turn will provide new opportunities for organic farmers to benefit from the growing consumer demand for organic and legume-based food.