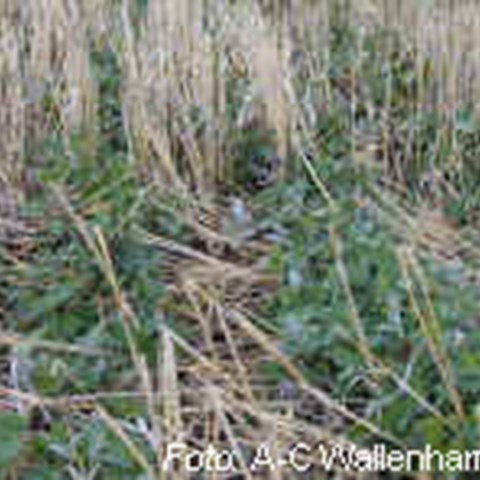 Since 2004, the EU requires that all seed used in organic production must be organically produced. Production of organic ley seed is a precondition for continued improvement and expansion of organic farming where leys and green manure crops are significant.

Traditional seed production currently comprises around 12 700 ha, with timothy (Phleum pratense) as the dominant species. In Sweden, there is a long seed production tradition and we have a number of experienced growers. The conditions for pursuing organic seed production of our most common ley species (red clover (Trifoleum repens), timothy and meadow fescue (Festuca pratensis) ) are considered good. Seed growing is today often on a small scale and needs to expand rapidly to approx. 1 000-1 500 ha in order to meet the domestic demand for seed. Interest in organic seed production is great and courses within this subject area have been well attended since 2001.

However, organic seed growing places new demands to solve the problems of weed control, plant nutrient supply and yield in somewhat different ways. The crop has the potential to be very profitable, but the risks associated with growing are high. In this project, the Rural Economy and Agricultural Societies of the main seed producing counties are working together to develop knowledge on how to produce organic ley seed areas of the dominant ley species timothy, red clover and meadow fescue

Red clover seed
There are two major problems, weed control and harvesting technique. Weeds must be managed so that the seed product maintains sufficiently high quality for certification. Here, weed harrowing at high intensity is being compared with row hoeing (24 and 36 cm row spacing), which is more effective on larger weeds and which also provides the potential to combat the weeds over a longer period. Yield, seed cleanliness and germinability are important parameters being measured.

Red clover is a late crop that often matures unevenly. In conventional growing, the crop foliage is routinely killed before harvest.

We are comparing cutting of the crop (field rowing) with direct combine harvesting and investigating the effects of aeration (turning with a hay rower). Yield, harvest losses, cleanliness and germinability are being measured. Three trials have been set up in each research series (R6- 9112 and R6-9113).

Grass seed
Plant nutrient supply is of decisive importance for grass seed production. We are investigating the effects of two different plant nutrient sources, beef cattle manure and Bio Vinass, plus various establishment techniques (broadcasting and co-sowing at 24 cm row spacing) and various insown crops (barley and peas). Yield, cleanliness and germinability are being measured. Three trials have been set up in each research series (R6-9114 and R6-9115), of which two are timothy and one meadow fescue.

During the course of the project, contact is being made with several groups of farmers in accordance with the model for participatory research. These groups are providing valuable opinions on the results and through the combined experiences from the field research and their own experience they are suggesting refinements of the work for the future.