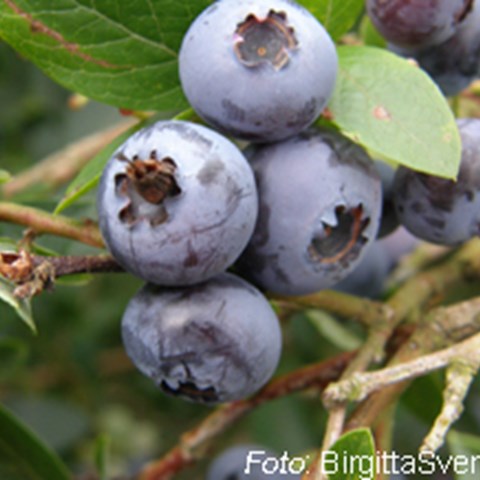 This project focuses on crop management of blueberries in high tunnel and in the open field with emphasis on substrate and nutrients. The fact that blueberries require acid soils raises several questions concerning suitable substrates in combination with mycorrhizal inoculation and fertilization in an organic production system. Field experiments will be conducted at Rånna Experimental Station, Skövde during 2011 - 2013 aiming to optimize a sustainable production of high quality blueberries.

Two or three cultivars of blueberries will be grown in two substrates:

The project will investigate the possibilities of an optimized organic production of highbush blueberries in a Nordic climate and the main objectives are to:

Read about the continuation of the project

Final Report 2014 - summary of the first part of the project