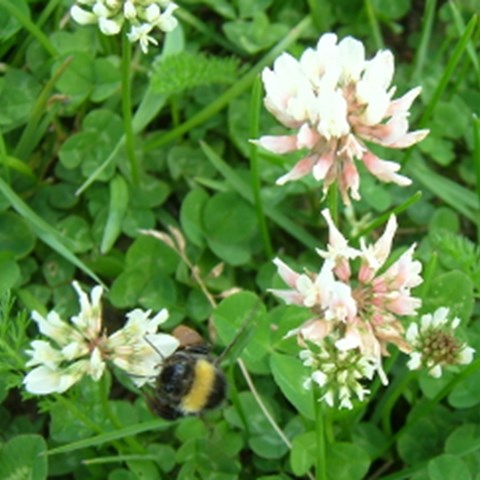 Regulation of legumes by mixing different varieties for silage and grazing

In organic ley production, regrowth yields often present nutritional problems, with excessively high crude protein contents and low fibre values. Complete control of legumes is difficult to achieve in practice. In spite of this, there are currently species and cultivar materials that could improve the control potential considerably. New species, new cultivars and mixtures of different cultivars with differing growth patterns, development rhythms and persistence can exploit different niches in a crop stand and thereby complement each other.

Cultivar mixtures are being used by some practitioners, a few seed companies are offering e.g. ryegrass mixtures with up to five different cultivars, but comparative research is lacking at our more northerly latitudes. Grazing is very important in organic milk and meat production. A combination of cutting leys and grazing is in many cases an appropriate solution from a practical perspective. Today there is no cultivar/species testing for grazing, which is a disadvantage. The organic experimental farms Rådde and Ekhaga offer unique possibilities to compare the effects of cut forage and grazing in late regrowth.

A late diploid (2n) cultivar of perennial ryegrass is considered to have a stronger competitive ability against white clover in regrowth cuts than a tetraploid cultivar (4n). In cultivar testing, there is currently a proportion of red fescue cultivars that include tall fescue as a crossing-in component. The overwintering ability is often good, but knowledge is lacking on the nutritional value and competitive ability of these cultivars.

The aim of this project was to investigate the effects of various cultivar mixtures with perennial ryegrass/hybrid fescue co-cropped with white clover as regards yield, nutritional value, persistence and botanical composition.

In the experiments, the white clover Ramona is being mixed with various combinations of the perennial ryegrass cultivars Herbie (late, 2n), Helmer (medium-early, 4n) and Condesa (late, 4n) or with the hybrid fescue Hykor. Commercially available mixtures of Gunne (early, 2n), Helmer and Leia (late, 4n) and Fennema (medium-early, 2n), Lasso (late, 2n), Sameba (late, 2n), Tivoli (late, 4n) and Meltra (late 4n) are also being tested. The experiments are cut twice a season, after which half the area is grazed by beef animals while the other half is cut a third time.