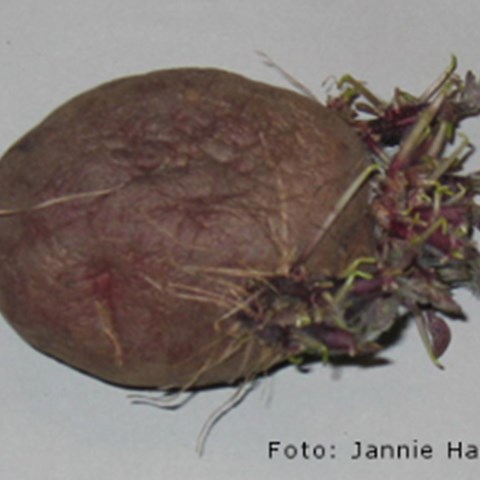 A new pre-sprouting technique – continued development of the method

Organic potato production is very difficult, as evidenced by the fact that the area of organically grown potatoes in Sweden has decreased by 10% since 2004. The great problem for production is the risk of leaf blight attack. There are no properly effective control methods available and the existing control products can at best delay attack by a week or so. Pre-sprouting speeds up development of the potato plant and gives faster emergence, by up to 7 days compared with non-sprouted seed potatoes. Adventitious root formation on the tubers is important for emergence rate.

Pot and small-plot experiments carried out during the period 2005-2007 produced very good results. In pot experiments with a number of harvesting times, it was possible to demonstrate that tuber formation began earlier in plots where root development had been stimulated. In small-scale field experiments, the new method gave 6-21 %-units higher tuber yield in comparison with traditional pre-sprouting. Potato variety and pre-sprouting period influenced the results.

In this project, the method will be tested on a larger scale under more field-like conditions. The importance of:

Read about the first part of the project