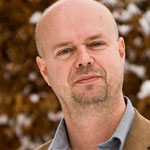 Senior lecturer at the Department of Urban and Rural Development, within the division of rural development

My main research interests are rural change and transitions in the global south, the interaction between states, NGOs and smallholders, efforts to curb or mitigate deforestation and its effects on local populations, as well as the ideology and functioning of bureaucracy. Furthermore, I also research on aspects of social theory and social philosophy.

Since 2011 I have been involved in a comparative research program, which explores policies and practices to curb and mitigate deforestation in the global south, and the impacts of these actions on smallholders, who live in or adjacent to the forest areas. My research within the project has been conducted in the Brazilian and Peruvian Amazon, Nepal and the highlands of Tanzania.

An additional research project that I am working on concerns the analytical use of various forms of ideology, from articulation of embodied values and contradictions to what Anthony Giddens calls “discursive consciousness”.