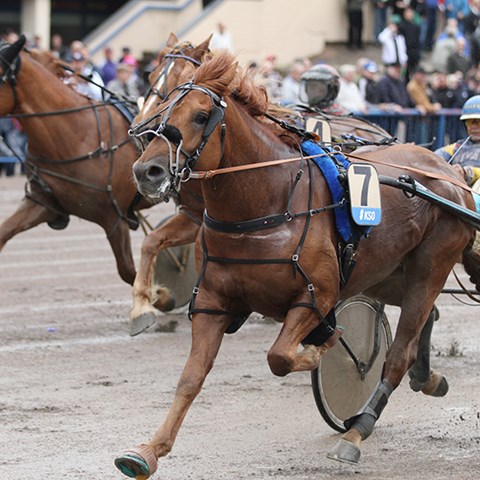 Myostatin, encoded by the MSTN gene, is a member of the transforming growth factor β superfamily located on equine chromosome 18 (ECA 18) that normally acts to limit skeletal muscle mass by regulating both the number and growth of muscle fibres. Natural mutations that decrease the amounts of myostatin and/or inhibit its function have been identified in several cattle, sheep and dog breeds, where loss-of-function mutations cause increased skeletal muscle mass and produce a phenotype known as “double-muscling”. These polymorphisms or SNPs (Single Nucleotide Polymorphism) also have, in several cases, effects on growth, reproductive performance and carcass quality traits.

This gene has also been associated with racing performance in horses, specifically in Thoroughbreds, the most commonly used breed in horse racing. A study performed in 2010 by Hill et al described, for the first time, the identification of a MSTN sequence polymorphism (g.66493737C>T [PR3737], located in the first intron of the MSTN gene) in these horses that was predictive of genetic potential and athletic phenotype, associated particularly with speed and best racing distance among elite race horses. A later study performed by Tozaki et al, similar to the work of Hill et al, analysed four SNPS (PR3737 included) in ECA18 and found that one of the analysed SNPs (g.65868604G>T [PR8604], located in the promotor region of ECA18) was also associated with best race distance, performance rank and lifetime earnings.

Outside of racing performance, sequence polymorphisms in MSTN have been proven to have an effect in conformation as well. A study conducted by Velie et al (2015) on Icelandic horses analysed three SNPs (g.66495826A>G [PR5826], PR3737 and PR8604) that were chosen based on previous studies that associated these genetic variants with morphological type and body composition (Dall’Olio et al 2010, Tozaki et al 2011, Dall’Olio et al 2014). A significant difference in genotype frequency between horses used for meat production and horses used for riding was present at PR5826, suggesting the likelihood that the different genotypes result in phenotypes that are either less desirable for riding or more desirable for meat production.

Additionally, Velie et al conducted an additional study on Icelandic horses in 2016 that demonstrated the possible role of MSTN on both the form and function of horses from non-racing breeds. In the study, SNPs and haplotypes were analyzed for association with estimated breeding values (EBV) for conformation traits and gaits. The results showed an association of PR3737 and PR8604 with the EBV for neck, withers and shoulders, along with the association of PR8604 with EBV for total conformation. These associations were all supported by the haplotype analysis. However, while SNP PR5826 showed a significant association with EBVs for leg stance and hooves, haplotype analyses for these traits failed to fully support these associations.

The objective of this study is to analyse whether the same genetic markers in MSTN have an effect on muscularity and racing performance in other horse breeds, specifically on the Finnhorse and the Shetland Pony.

The Finnhorse, Finland’s national horse breed, presents four different morphological types that are set to different purposes: Trotter, Riding, Draught and Pony. For this study, data from both trotting and riding horses will be used, analysing their performance with three single nucleotide variants in MSTN.

The Shetland Pony is a breed of pony originating in the Shetland Isles that is characterised by its heavy coat and thick mane and tail, strength, intelligence and good temper. Nowadays they are used for riding, harness racing and showing purposes. The objective of the study on this breed is to determine whether morphological differences seen between ponies used for showing, who tend to be more muscular and strongly built and ponies used for riding and harness racing are related to variations in the MSTN gene. 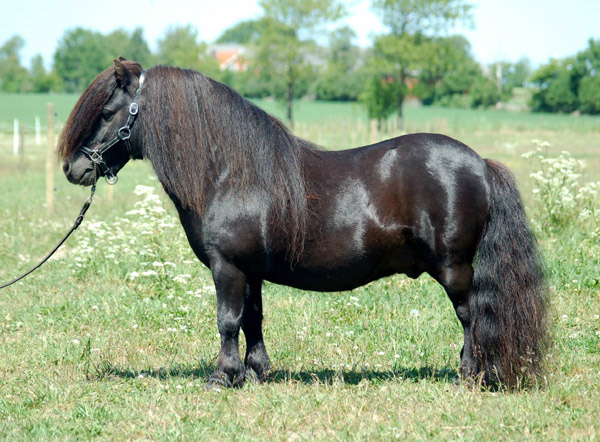 If you wish to know more about this project or would like to participate in the study by providing hair samples of your Finnhorse or Shetland Pony, please contact: