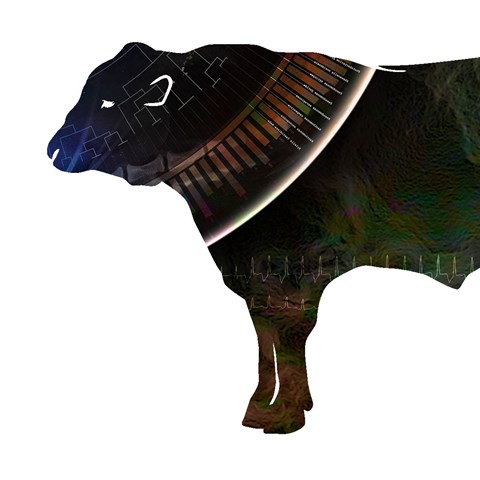 An aspect of the project is to reduce antibiotic use in semen extenders is to map the microbiome of bull semen. knowledge of the bacteria present in bull semen is needed to determine their effects on sperm quality and fertility, and to inhibit their activity.

The bacteria present in semen will be identified by 16S sequencing – a modern technique that detects a sequence in DNA that is unique to bacteria, thus enabling it to be distinguished from host DNA. In addition, we will investigate if novel plant-based substances can have an antimicrobial effect against the bacteria found in semen.

Of particular interest is the effect of the presence of small numbers of bacteria on sperm quality. To facilitate this research, it is intended to develop flow cytometry as a rapid method of quantifying bacteria in semen, to avoid the lengthy process of culturing, sub-culturing and identifying bacteria that is currently used.  Using flow cytometry would enable the bacteria to be quantified and identified in hours instead of days. Such a detection method would have many other applications apart from detecting bacteria in semen. Fluorescent dyes can be used to distinguish between living and dead bacteria, which is important when evaluating the effect of bacteria on sperm samples and also the effect of possible antibacterial agents on bacteria.

A further goal of this project is to test whether Single Layer Centrifugation can be used to separate spermatozoa from bacteria in bull semen, as previously shown for boar semen.

Hypothesis
the microbiome of bull semen varies between individuals and maybe linked to fertility. Some plant-extracts have antibacterial properties and possibly can be used to inhibit bacteria in bull semen.

Relevance of the project
This project is part of a larger One Health project to find alternatives to antibiotics in semen extenders used in artificial insemination. Artificial insemination is widely used to breed the vast majority of dairy cows, pigs and turkeys in Sweden. In fact, this is the most widely used reproductive biotechnology globally, enabling healthy livestock to  be produced more efficiently, using fewer resources and emitting fewer greenhouse gases per kg of milk or meat produced than by natural mating. However, antibiotics are added to semen extenders when preparing semen doses, to inhibit bacteria contaminating the semen during collection and processing. These antibiotics may promote development of antibiotic resistance.

Greater understanding about the bacterial content of bull semen would help us to identify which bacteria are likely to cause of a problem in terms of sperm quality or infections in inseminated females. Alternative methods to inhibit their activity can then be developed.