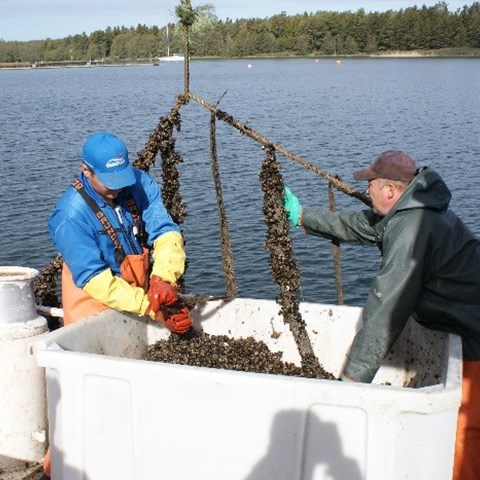 The NutriTrade platform that will be developed during the project, will connect effective nutrient abatement measures with voluntary financiers who are willing to acquire nutrient offsets and neutralise their nutrient footprint. These can be e.g. businesses, public organisations, municipalities, or private citizens.

The objective of the NutriTrade project is to reduce phosphorus and nitrogen loads to the Baltic Sea with fast, effective and economically efficient measures. The project is of such high relevance for the Baltic Sea region and the condition of the sea that it has been nominated as a flagship project of the EU Baltic Sea Region Strategy.

The project partner organisations have all an extensive track record in addressing eutrophication, which continues to be the most serious problem of the Baltic Sea. The project is led by John Nurminen Foundation and the other project partners collaborating in the project are Natural Resources Institute (Luke), University of Helsinki, and Swedish University of Agricultural Sciences (SLU).

The main activity at SLU is the Pilot Mussel which aims at compensating blue mussel farmers for the ecosystem services provided when harvesting mussels, and hence removing nutrients, from the sea.

This is one of several proven nutrient abatement measures which will be implemented during the project. The others pilot measures are treatment of fields, fishing of cyprinids and utilisation of nutrient-rich wastewaters at industrial wastewater treatment plants .

Along with the pilots, the project will develop

2) assessment mechanisms to find and support innovative but proven and verifiable nutrient reduction methods which have not yet become market-driven or integrated into governmental policies.

The platform will first function with phosphorus offsets, but can later be expanded also to nitrogen. The lessons learned in the pilot scheme will be used for analysing nutrient trading as a water policy instrument on a national level, and also for the analysis of a Baltic Sea wide inter-governmental nutrient trading. Based on these, NutriTrade will produce new policy recommendations for the Baltic Sea region.

The total project budget for 2015-18 is 2,2 MEUR, of which the share of the European Union (EU Interreg Central Baltic Programme) is almost 1,7 MEUR.