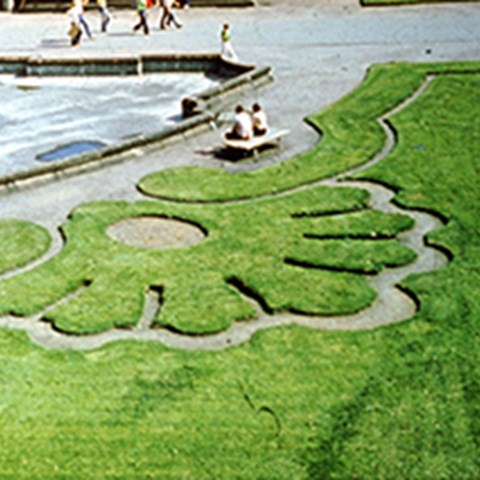 The Lawn project researched the cultural and ecological phenomenon of lawns - the most common and popular feature of urban spaces around the world.

» The Science podcast: What we can learn from a cluster of people with an inherited intellectual disability, and questioning how sustainable green lawns are in dry places

The LAWN project report is out now 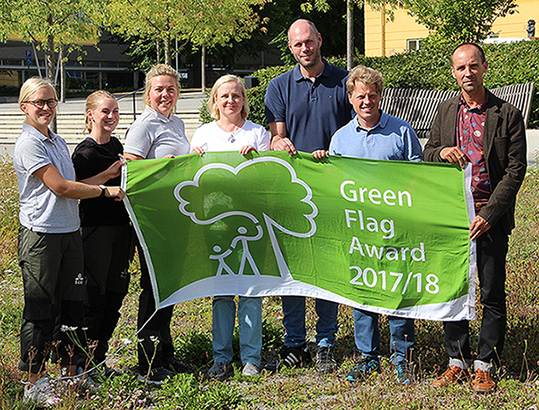 Ultuna Campus was given the 2017 Green Flag Award for the three experimental sites with alternative biodiverse types of lawns (grass-free/tapestry lawn, Swedish Meadow/Löväng and Meadow-turf with turf picnic bench), that were part of the project ”Towards sustainable lawns: searching for alternative cost effective and climate friendly lawns in Ultuna Campus”, led by Maria Ignatieva and funded by SLU Climate Fund.

» See documentation from the Demonstration trail at Ultuna April-Sept 2014

» On Sustainable lawns, related to the Demonstration trail 2014

» Folder on the Campus Lawn project - in Swedish

Today, lawns cover a significant part of all green open spaces in cities (up to 70%) in, e.g., the front- and backyards of private gardens, public parks, cemeteries, and in addition golf courses and along roads. Most people of the Western world view lawns as natural elements of the urban landscape, without questioning their functional, ecological or aesthetic value. There were very few studies of the biodiversity, environmental impact, public opinion about and the historical and contemporary motives for planning and management of different types of lawns.

This project was an interdisciplinary collaboration, including stakeholders, to study lawns from different perspectives as social and ecological phenomenon in order to understand their roles in sustainable urban planning, design and management. Ecological knowledge, values and norms influence the management of urban green areas and may thus influence the environmental impact of, biodiversity in and ecosystem services provided by lawns. Potential alternative solutions are impossible to find without an understanding of the social motives behind the strong attachment of the modern Western society to lawns. The interdisciplinary approach allowed us to exchange knowledge between disciplines and to achieve a multi-dimensional understanding of the lawn as a phenomenon.

The lawn prototypes are probably the European floodplain meadow vegetation and secondary meadows after clearing and grazing. In Medieval time it was mostly cut turf with a lot of flowers and grass from meadows which was transported to castle gardens. Lawns as decorative entity with domination of European meadow grasses were used in the formal parterres of French gardens.

It was an essential element of English landscape parks of the 18th century and the Victorian Gardenesque parks from the 19th century, where lawn was used for recreational purposes and became a symbol of social status.

During the 20th century the maintenance of lawns created a commercial multibillion industry with production of seeds, pesticides, fertilizers, lawnmowers and irrigation technology and today, e.g., North Americans spend an estimated $100 billion on lawns annually. 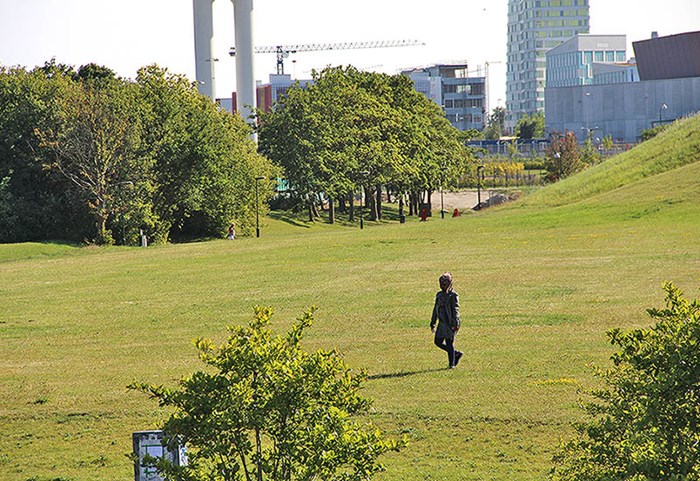 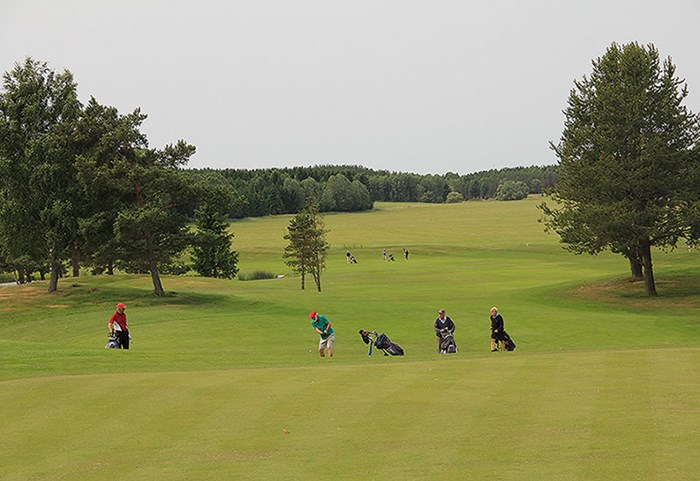 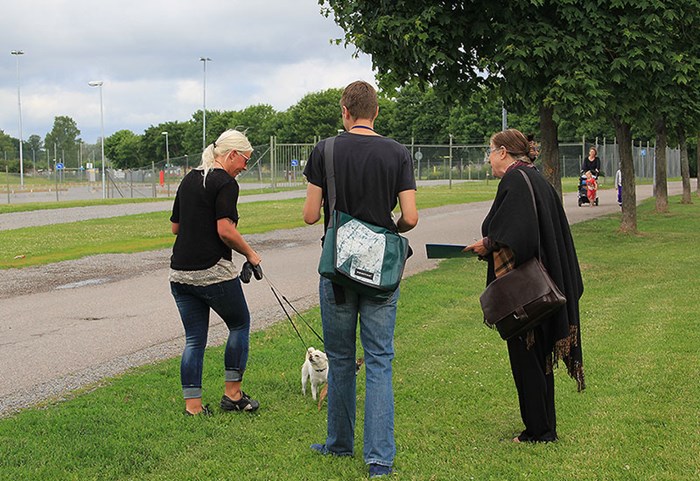 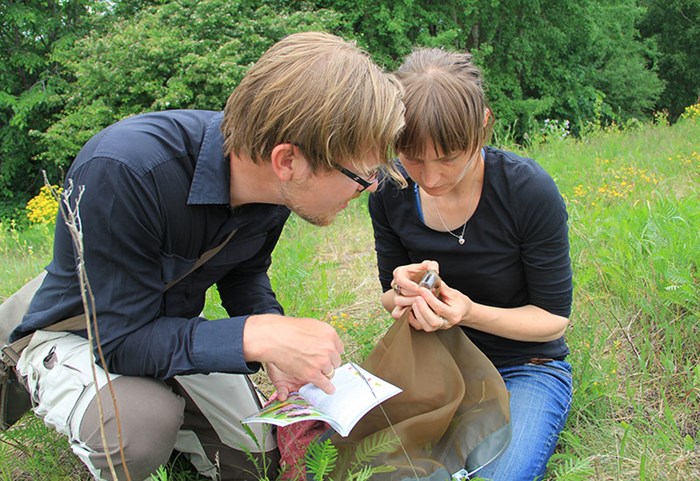 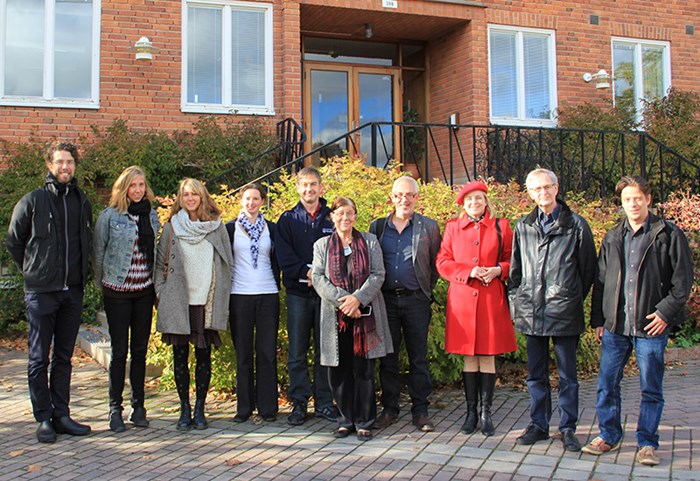 Maria Ignatieva was Professor in Landscape Architecture at SLU until 2019. Her research includes globalization of plant material, history of landscape architecture (including history of lawns), ecological design and urban ecology. She also tries to realize in landscape architecture practice her research on Low Impact Design including implementation of sustainable lawns. In our project she was one of the project coordinators and working with historical, cultural and social aspects as well as designing of alternative lawns.

Karin Ahrné is researcher and advisor at the Swedish Species Information Centre (SLU). She is chairman of the Swedish expert committee of Lepidoptera working with species information on and the Red List of Swedish Lepidoptera. She did her PhD in ecology studying effects of urbanization and local green area management on pollinators mainly bumble bees. Her main research interest is biodiversity in human dominated landscapes. In our project Karin is studying bees and butterflies of urban grasslands and was one of the coordinators of the project.

Jörgen Wissman is Researcher at the Swedish Biodiversity Centre CBM (SLU). He did his Doctoral degree in Ecology and Conservation biology and studied grazing regimes and plant reproduction in Semi-Natural Grasslands. In our project Jörgen was working as a researcher of plant biodiversity and one of the coordinators of the project.

Tuula Eriksson was Sociologist involving in researching and teaching at Landscape Architecture Division, SLU until 2018. She was a very experienced researcher within areas as organization theory, sociology and communication.  In our project she was responsible for designing, running and analyzing interviews. Tuula had a specific responsibility to develop the interview methods and ensure a co-ordination of interview-questions and –technique.

Per G Berg is Professor in Landscape Architecture with a special focus on Sustainable Community Development in Urban and Rural settings at the LTV (Faculty of Landscape Architecture, Horticulture and Crop Production Sciences). He is the research director for local community studies in 11 cities in the Baltic Sea region for 20 years and is at present investigating Functional Densification in Swedish Townscapes in three cities. In the LAWN project Per was working with site selection and description, planning, running and analysis of interviews and questionnaires and communication with stakeholders and communities.

Pernilla Tidåker is Researcher in Agrarian Farming system. One of her main research interest is Environmental systems analysis including life cycle assessment and substance flow analysis of current and future agricultural production systems at different scales. In our project Pernilla was collecting data through questionnaires on e.g. use of mineral fertilizer and mowing frequency from all types of lawn. She also compiled the data into total energy use and global warming potential (GWP) in a life cycle perspective. In the assessment of GWP, data on carbon sequestration using the ICBM was included.

Håkan Marstorp is Researcher in Plant nutrition and Soil biology at the Department of Soil and Environment. His main research area was within soil fertility and plant nutrition, especially within soil biological process. Håkan’s research has included field experiments, use of mathematical models to estimate N mineralisation and nitrate losses, lysimeter studies and process oriented research at laboratory scale. In our project he was responsible for planning and performance of studies of carbon sequestration and biomass production.

Thomas Kätterer is Professor in Ecosystem ecology at the Ecology Department. He studies states and fluxes of elements within ecosystems and his research was mainly focusing on carbon cycling. In our project Thomas was studying the effect of lawn types and their management on soil carbon sequestration. He analyzed the empirical data on soil and biomass production with a dynamic soil carbon model.

Tom Ericsson was Senior Lecturer at SLU until 2015.  His main research interests was nutrients and this field of applications. He conducted both as a research and information dissemination to the public. Tom’s research was focused on environmentally friendly fertilization of golf courses. Tom was involved in the planning and design of demonstration sites.

Marcus Hedblom is Researcher at the Department of Forest Resource Management National Inventory of Landscapes in Sweden (NILS) c / o Department of Ecology. Marcus has also been employed at Uppsala Municipality and has a lot of experience of interdisciplinary work and communication with stakeholders. He was also project leader for the urban monitoring in National Inventory of Landscapes in Sweden (NILS). Marcus was our contact for using NILS data on bumble bees, plants and butterflies and also responsible for the big scale data collection.

Karin Norlin is a Research Assistant at the Swedish Biodiversity Centre (SLU). She has a Masters degree in Conservation biology from Uppsala University and performed her Master's thesis within the LAWN project. She studied the ecological responses that different mowing frequencies and nitrogen levels had on 12 private lawns and also compared norms regarding lawn-aesthetics and lawn-management between the lawn-owners.